Boston may have lost out on Amazon's second headquarters, but the company already has a large — and growing — local presence.

Amazon has opened three Greater Boston offices in recent years and plans to open another. It's also acquired a couple of notable startups in the area.

In short, Boston remains part of Amazon's expansion plans, even without HQ2.

Check out Amazon's job board right now, and you'll find about 400 openings for full-time workers in Massachusetts. That's a far cry from the tens of thousands of career opportunities that would have come with a second headquarters, but it's solid evidence of something Boston Mayor Marty Walsh said when Amazon named the city a finalist, back in January.

"In the conversations we’ve had with Amazon about other opportunities, Boston seems to be a place that is really exciting for them and intriguing to them," Walsh said then.

Boston is exciting and intriguing enough that just a few months after Walsh uttered those words, Amazon leased 430,000 square feet of office space in the Seaport District.

The deal makes Amazon an anchor tenant of the Seaport Square development, set to open in 2021. Amazon says it will hire at least 2,000 workers there. The company could double that number by leasing another office building that is part of the same project.

"The benefits, I think, are significant," he said when the agency approved the tax package. "We are incentivizing the construction of a new building. We are adding 2,000 jobs to both the commonwealth and the Boston area. And we’re also excited to continue to encourage and work with Amazon in expanding their presence here in the city of Boston."

Amazon made its first big push into Massachusetts in 2012, when it bought the North Reading robotics company Kiva Systems for $775 million. The business is now known as Amazon Robotics. It makes machines that move Amazon's seemingly-endless inventory around warehouses. 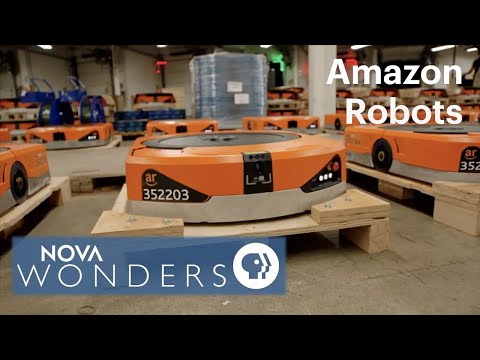 In June, Amazon reportedly spent even more — $1 billion — on another Bay State startup, Somerville-based PillPack. It's an online pharmacy that helps people with multiple prescriptions manage their dosing schedules.

Of course, the core of Amazon's Massachusetts business is in high-tech fields such as machine learning. In Kendall Square, Back Bay and Fort Point, the company employs engineers tasked with making the company's virtual assistant, "Alexa," ever smarter.

And when you order something with Alexa's help, it may be packaged and shipped from Amazon's fulfillment center in Fall River. There are more than 1,000 workers there and, thanks to a recent wage hike, they now earn at least $15 an hour.

"Amazon is going to be a partner in Boston, is here already," Barros said. "We continue to have conversations with them and other corporations about how we do smart growth, how they continue to invest in the talent, in the people, in infrastructure."

Amazon's investment is just a little smaller than it might have been.