Now that the Dickensian misers, Hallelujah choristers and Whoville highwaymen have packed up and left town, whom might we expect to take their places on the local Rialto? Maybe three wise men — preferably more, and not all of them men?

The distaff odds look good, with the concerns of mothers and daughters, adolescent warrior girls, and Shaw’s Eliza Doolittle among those being addressed. Racism, whether directed at Othello or rebel slave Nat Turner, will take center stage. So will threats of deportation and the personal journeys of refugees. Then, just to lighten things up, wickedly clever “Forbidden Broadway” creator Gerard Alessandrini returns to town aiming his darts at that holiest of histrionic-historical sacred cows: “Hamilton.”

Here’s a sampling of potential hot tickets for the cold season:

'Miss You Like Hell'
Company One & American Repertory Theater

Pulitzer Prize-winner Quiara Alegría Hudes (“Water by the Spoonful”) teamed up with songwriter Erin McKeown to pen this tuneful show, a 2018 Public Theater hit, that A.R.T. artistic director Diane Paulus describes as “a musical following a mother, a daughter and the border wall that threatens to separate them.” For its area debut, Summer L. Williams is at the helm of the piece, in which an undocumented Mexican mom reclaims the estranged daughter of whom she lost custody to the child’s white American father and spirits her away on a cross-country journey that doesn’t end where you expect it will. The New York Times pronounced the piece “a fresh take on the American road show, filled with people and ideas we rarely get to see on stage.”

Sarah DeLappe’s play, a 2017 Pulitzer Prize finalist, focuses on a suburban indoor girls’ soccer team as it kicks and stretches its way through a season of warm-ups. Says the author: “I wanted to see a portrait of teenage girls as human beings — as complicated, nuanced, very idiosyncratic people, athletes and daughters and students and scholars and people who are trying actively to figure out who they are in this changing world around them.” Says the New York Times: “The scary, exhilarating brightness of raw adolescence emanates from every scene of this uncannily assured first play.” A. Nora Long directs. (And animal imagery at the Lyric does not stop with “The Wolves”: The troupe follows DeLappe’s play with Lillian Hellman’s 1939 dissection of Southern-fried greed, “The Little Foxes,” directed by American classics expert Scott Edmiston and starring the excellent Anne Gottlieb as calculating belle Regina Giddens.)

We don’t know much about Gabriel Jason Dean’s new play as this is a National New Play Network rolling world premiere (one that is just beginning to roll). But it has an excellent cast, including Ken Baltin and Elliot Norton Award-winner Caitlin Nasema Cassidy, under the direction of Bridget Kathleen O’Leary. And it’s certainly of the moment. First off, the piece draws a troubling line from the Cold War to the War on Terror with reference to U.S.-supplied textbooks that fired up the Taliban. Then it tells a human story that begins with the appearance of Afghan refugee Nazrullah on the Omaha doorstep of a retired professor of Comparative Literature and Afghan Studies. When the refugee claims to have known the professor’s adoptive daughter, a foreign aid worker who was killed in an attack on an Afghan girls’ school, the two men become “unlikely roommates and friends,” along the way providing “a new understanding of America’s tragic impact on Jihadism in the Middle East.”

Harvard alumnus and outgoing artistic director of the Oregon Shakespeare Festival Bill Rauch is at the helm of this cinematic 2018 production, which, with the aid of projections, moves Shakespeare’s tragedy around the Mediterranean with the U.S. Navy. (Othello is an admiral.) The director says of the production, which features a multi-racial cast, that he didn’t want “11 white people and the actor playing Othello.” That would be Chris Butler, who portrays the Moor as an immigrant to the country he serves, even infusing his performance with a Sudanese accent and invisible ties to the Lost Boys of that country. Rauch identifies his aim as to face head-on the “ugliness” of the play, which incorporates racism, misogyny, homophobia, religious bigotry and Islamophobia. Shakespeare, he contends, “has created a portrait of these social constructs and the ways that they hurt the individual psyche and the individual heart.”

'The End of TV'
Manual Cinema, presented by ArtsEmerson

Chicago-based Manual Cinema, which last year brought us the haunting “Ada/Ava,” returns with another of its unique offerings, a combination of live-action silhouettes, video feeds, overhead projections and a live band performing an original score. Dubbed by the Chicago Tribune “the very retro-coolest and most creatively compulsive show,” the work is set in the 1990s and “dovetails the Technicolor promises of TV advertisements and the decline of the Rust Belt to weave a portrait of human connection.”

The accomplished Benny Sato Ambush is at the helm of this area premiere of Nathan Alan Davis’ 2016 poetical historical drama. In it the famed leader of the 1831 slave rebellion is interviewed, on the eve of his execution, by lawyer Thomas R. Gray for the purpose of recording his “confessions.” The play, which is not based on William Styron’s 1967 novel, paints Turner as a sort of Christ figure, played by Brandon Green with the reliable Lewis D. Wheeler as Gray.

Actually, as I’m sure the author would be the first to point out, it is George Bernard Shaw’s “Pygmalion.” But the raucous, New York-based troupe Bedlam has already proved its Shavian chops with a movable feast of a “Saint Joan” that featured only five actors. Coming to us direct from its off-Broadway run, "Pygmalion" — described by the Village Voice as "revelatory" — features six actors in "a gritty, fresh interpretation of George Bernard Shaw’s classic, exploring the negotiation of power through sexual politics." Eric Tucker directs and plays Henry Higgins to Nigel Gore’s Colonel Pickering. And Eliza Doolittle, played by Vaishnavi Sharma, is re-envisioned as an Indian immigrant who speaks some of her lines in Hindi.

The Huntington Theatre Company hosts the national tour of “Forbidden Broadway” creator Gerard Alessandrini’s send-up of Lin-Manuel Miranda’s juggernaut in which the Founding Fathers, including Caribbean immigrant Alexander Hamilton, are all portrayed by rapper/performers of color. Not satisfied to just skewer “Hamilton,” Alessandrini has fashioned a smash-up in which other Broadway shows and luminaries such as Bernadette Peters, Beyoncé, Liza Minnelli, J Lo and the Obamas also get shout-outs. In other words, according to the New York Times, the spoof “isn’t just about ‘Hamilton,’ but about where it fits on the continuum of show business as usual.” 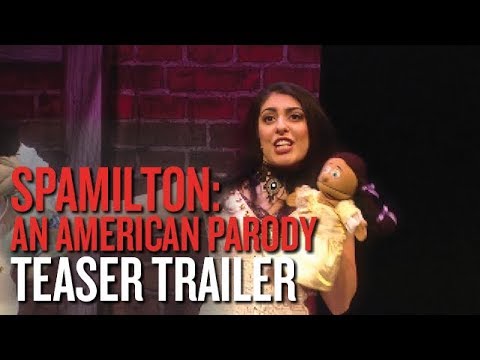 Sara Katzoff directs this workshop premiere of BU MFA in playwriting candidate Alexis (“Our Dear Dead Drug Lord”) Scheer’s play, “a fast-paced, cafecito-induced comedy about art and success — and mothers and daughters — and learning to love the people we cannot change.” Swirling around Art Basel, the international emerging artists’ festival staged annually in the Wynwood neighborhood of Miami Beach (as well as in Switzerland and Hong Kong), the play focuses on a gallery owner in the thick of it and the movie-star mother who thinks she can help. I didn’t love “Our Dear Dead Drug Lord” (it fell apart at the end), but Scheer is clearly a talent to watch.

SpeakEasy’s intimate reprise of the Tony-winning musical “Fun Home” was a highlight of 2018. Now the troupe takes on this winner of eight 2012 Tony Awards including Best Musical and Best Book (by Enda Walsh). Based on the 2007 movie by Irish filmmaker John Carney, with score by Glen Hansard and Markéta Irglová, the simply set show tells the story of an unlikely romance between a Dublin street musician and “a lively, determined Czech immigrant.” Paul Melone is at the helm of a cast headed by Nile Scott Hawver and Mackenzie Lesser-Roy (a Boston Conservatory alum who also played Girl in the 2016-17 national tour of the play) and featuring the irresistible Billy Meleady as Da.

Merrimack Rep’s artistic director, Sean Daniels, has adapted a “lost” novel by famed Lowell native son Jack Kerouac. Daniels also directs the production, which is intended to celebrate not only Kerouac but also Lowell-based MRT’s 40th anniversary. The piece is described as a coming-of-age story set just before the U.S. entrance into World War II and focuses on a father and son, the former played by the excellent Joel Colodner.