Film fans on the internet have been all fired up for the past couple days, after an enterprising young movie lover named Adam Sacks launched a Kickstarter crowdfunding campaign to digitally remove the rat that scampers across our view of the Massachusetts State House’s golden dome during the final shot of Martin Scorsese’s 2006 Academy Award-winner “The Departed.”

Apparently having spent the past 13 years deeply distraught that our finest living filmmaker “would end any movie with such a painfully on-the-nose metaphor,” Sacks has come up with a laborious $4,000 plan to correct the offending image. (And then someone went ahead and did it for free.) Meanwhile the campaign surpassed its goal in under 24 hours, and denizens of film Twitter have been tirelessly busy relitigating the pros and cons of that rat on the railing. 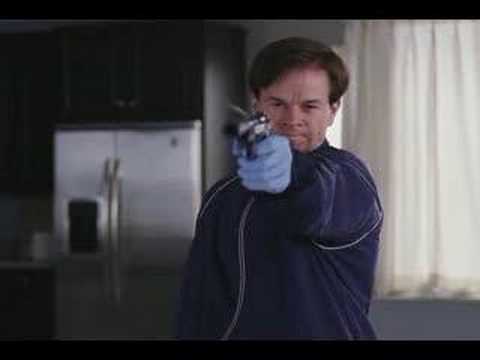 And here's the final scene, without the rat:

For the record, I think the rat is hilarious. But it’s always been a bee in the bonnet for people who take “The Departed” way more seriously than I (or Martin Scorsese, for that matter) ever really did. Don’t let the four Oscars fool you, this is one of the filmmaker’s most frivolous pictures — a wickedly entertaining black comedy plied high with profanity, gallows humor and goofy visual gags. (My favorite is when Vera Farmiga and Matt Damon are discussing his erectile dysfunction as she casually eats a banana.)

Like what you're reading? Get arts and culture news in your inbox with the weekly Artery newsletter. Subscribe here.

Scorsese likes to joke that “The Departed” is his only movie with a plot, and a lot of the endlessly rewatchable film’s pleasures lie in how he and longtime editor Thelma Schoonmaker pace the thing like it’s strapped to a rocket so we won’t notice how ridiculous it is. The two come up with all sorts of propulsive parallel scene structures to dazzle and distract us from the central absurdity — that nobody in the mob seems ever seems to entertain the notion that that the police informant in their midst just might be this new guy who they all know used to be a cop.

It’s a fairly silly, hugely enjoyable movie, with Scorsese slyly copping to the self-parodic elements during a scene about halfway through when he keeps stopping and re-starting his beloved “Gimme Shelter” (a song he’d already used to such iconic effect in “GoodFellas” and less so in “Casino”) as if stuck in a loop. The rat makes its controversial appearance after all the major characters have been shot in the head, entering stage right to the lilting licks of Roy Buchanan’s “Sweet Dreams” for maximum mockery.

Despite all this, “The Departed” is a movie taken very, very seriously by young men on the internet — a breed not known for having highly developed senses of irony, so it’s unclear to me whether or not Sacks’ Kickstarter campaign is being received as the deadpan delight that it is. In the hysterical five-minute video filmed to accompany the pitch, Sacks nails the slow-talking, moral certitude of toxic fans like that creep who refused to review any movie in which ladies are allowed to bust ghosts.

Sacks’ tone never wavers as his scheme becomes ever more elaborately stupid, including hiring a fairly-compensated intern to go out and buy 400 Blu-rays of “The Departed” and throw the discs in the trash. But it’s still less ludicrous than the angry “Star Wars” fanboy who re-edited “The Last Jedi” to cut out all the feminism. (His version of the two-and-a-half-hour movie reportedly clocks in at 46 minutes.)

That this obviously kidding Kickstarter reached its goal so quickly says something uncomfortable I think about the increasing entitlement of fan culture and an ugly need to claim ownership over art, even if that means vandalizing it. (I mean, if you’re really that upset about the last shot of “The Departed” you can always just turn the movie off 30 seconds before it’s over, the way I used to sprint out of the theater the moment “Gangs of New York” ended so I wouldn’t have to hear that hideous U2 song over the closing credits.)

Sending money to support some random bro on the internet’s idea how to “improve” a Scorsese picture strikes me as the apex of inanity. But then what do I know? I laughed out loud at the rat.