Update Nov. 1, 2019: Lisa Peterson announced she would no longer be campaigning for this seat.

Rep. Seth Moulton will have to defend his seat in 2020 against fellow Democrat Lisa Peterson, a Salem City Councilor and financial planner.

Peterson launched her campaign with a video posted Monday morning.

"Massachusetts has always been an attractive place to live, raise our families, grow old, and leave our legacies," Peterson, 41, says in the video. "However, it’s getting increasingly expensive to live here thanks in no small measure to economic policies designed to help only the wealthy and privileged."

Peterson lists economic equality, preventing a climate crisis and "dignity for all" as her top priorities on her campaign site.

Moulton is serving his third term, and launched a bid for the White House earlier this year.  The congressman did not poll well enough or meet the fundraising requirements needed to qualify for the first round of Democratic debates last month, but has said he is forging ahead with the presidential run anyway. 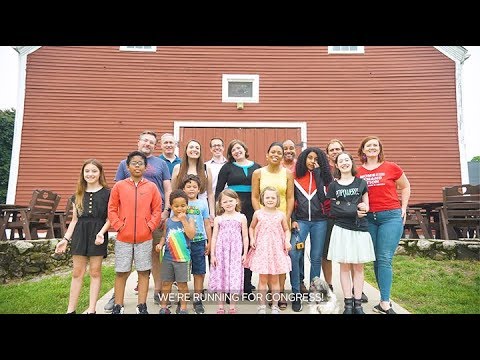 This article was originally published on July 08, 2019.