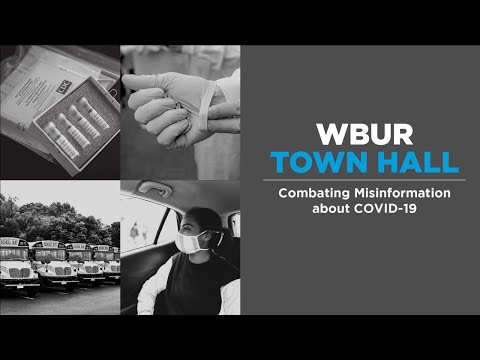 How do we stay on top of the truth when we're learning new things about COVID-19 every day? What's real and what's fake? What should you do if a friend or family member is sharing misinformation about the virus on social media?

Endless Thread podcast co-hosts Ben Brock Johnson and Amory Sivertson spoke with Dr. Rene Najera, epidemiologist and editor of The History of Vaccines, an educational online project of the College of Physicians of Philadelphia, and Harvard Professor Joan Donovan, who specializes in media manipulation, the effects of disinformation campaigns and adversarial media movements. They discussed ways to spot and avoid misinformation. 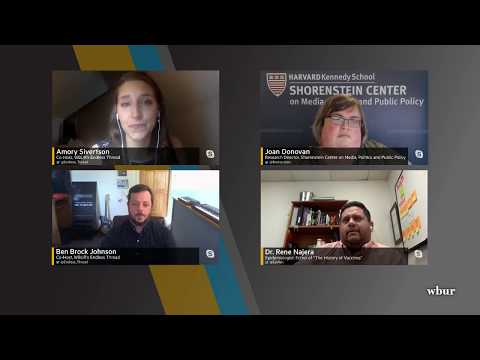 On what we know about preventing the spread of COVID-19:

Dr. Rene Najera: I begin those discussions by saying, "Look, this is what we do know." We know that hand-washing prevents infections — not just from this virus, but from all viruses. We know that staying away prevents infection — staying more than six feet from people. We know that in a pandemic situation, you stay home until the virus runs its course. We know those things from biology, from history, from what happened in 1918 and other pandemics that have happened since ... That's where I begin that discussion, going, "Well, look, let's think about this for a second."

I had a friend who who fixes radios and televisions for a living. And I said, "OK, let's think about this for a second. 5G: What is it?" And he's he tells me all about the electromagnetic magnetic spectrum. I said, "OK, well, how could that interfere with a biological system at the wavelength that it operates?" ... It doesn't. So why would it cause a viral epidemic?

[I begin] with those kind of discussions, engaging with the person on what they already know and then building from that, instead of just slamming them with a whole bunch of information that, number one, they're not going to take all of it in at the same time, and number two, you're talking down to them. 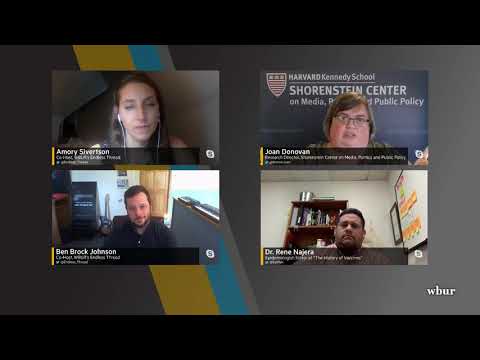 Joan Donovan: The other thing I'll say about the [anti-vaccination] movements is how imperative it's been for them to be able to spread out across social media. They use all kinds of manipulative techniques to stay available, to stay viable — changing words so that they avoid content moderation, re-upping, [using] numerous different accounts so that their content stays alive [and] knowing when they're breaking terms of service.

And then the other thing they do ... is stage photo ops. They use those photo ops as ways to continuously show their dedication to the cause. But, by and large ... the anti-vaccine debate right now about COVID-19 is about a vaccine that doesn't exist. We don't know what the risks are. We don't know if it's going to be made mandatory or not, because we don't know if we're gonna get one that's that effective. I'm hopeful that we will. But the debate about that is very much in the future, and we're going to see that group become more and more aggressive and prominent as we get closer to a potential vaccine.

That's where people like Rene ... are really going to have to think about their communication strategies online, because truth needs an advocate right now, and unless we launch the biggest pro-vaccine movement in the history of the world to counterbalance this misinformation, then we certainly are going to have a hard time fighting against the kind of rhetoric that's going to spew out of these groups.

On why good journalism matters: 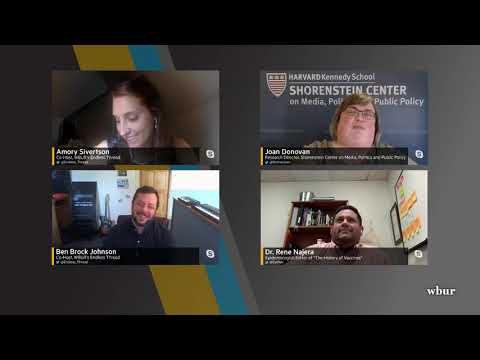 Donovan: We have to think differently about social media platforms, because social networking, which is the thing that they've monetized — your relationships with other people and what kind of insights they can glean from that — is how Facebook makes money. And so, the more hot-button, divisive, controversial the content is that you're viewing, the more likely you are to continue to engage.

Donovan: It's a hard thing to do. There's a great article by Jane C. Hu out there called  "No, you did not get COVID-19 in the fall of 2019." I thought that was a really smart headline to ... bring in this idea that California had somehow magically developed herd immunity while the rest of us, who were not in California, didn't.

It's important to think about how social media companies' ... primary objective isn't going to be to shut this down, because it does drive their monetization strategy. At the same time, we have to think again about where our defenses lie, and I think our defenses lie in strong journalism that is very well-supported by resources.

On how to fight misinformation: 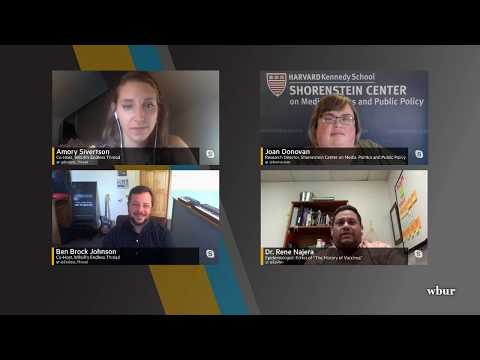 Najera: If the pandemic is actually manmade and planned, then we can hold those people who did it accountable and we'll be able to stop this from happening ever again. And no longer will we ever have pandemics because the people who do it will be scared of the people from doing it. That's kind of the idea that they really went after here — [that] everything that's going on is all part of a bigger plan from ... pick your conspiracy theory.

Unfortunately, not enough people out there are skeptical enough to go and Google this person and see their history of bad research, retracted papers and getting in trouble with the law, etc. So you just need to be a little more skeptical when you're looking at these things — not just this one video, but also anything else. You gotta do your due diligence. Be a little bit more skeptical and do a little bit more research on it.

You know, the anti-vaxxers love to say, "Do your own research and see how vaccines are bad." Well, yeah. Do your own research, and do it well, and maybe under the guidance of somebody who knows better, and you'll see what the evidence really says.

This article was originally published on May 20, 2020.