U.S. Rep. Joe Kennedy is ratcheting up criticism of Sen. Ed Markey ahead of Sunday's televised debate, the first since many Massachusetts voters received mail-in ballot applications for the Democrats' Sept. 1 primary.

Kennedy, who has generally exercised restraint while attempting to unseat one of his party's elder statesmen, took a swing at Markey's immigration record Thursday — a day after suggesting Markey has been an absentee senator.

In a tweet, Kennedy accused Markey of standing with Republicans, instead of immigrants, when he voted in favor of a bill seven years ago that set the minimum number of Immigration and Customs Enforcement detention beds at 34,000. Kennedy erred on a key detail, however, claiming falsely that Markey voted to "increase" the number of detention beds.

In fact, the bill Markey supported in 2013 maintained the status quo.

An amendment proposed by Rep. Ted Deutch, a Florida Democrat, would have nixed the detention bed minimum for the 2014 fiscal year. Kennedy, then a freshman congressman, supported the amendment. Then-Rep. Markey missed the vote, which was held on a night when he debated Republican Gabriel Gomez in a special election to fill the Senate seat vacated by John Kerry. The amendment failed.

Back in Washington the next morning, Markey voted in favor of a bill that retained the requirement that ICE maintain at least 34,000 detention beds. Kennedy and 171 other Democrats voted against the bill.

"We were betrayed," said Rep. Juan Vargas, a California Democrat.

"His vote, quite frankly, really made me question who he is willing to fight for and stand up for in Congress," added Rep. Linda Sanchez, also a California Democrat.

In response, Markey's campaign seized on a later instance in which Kennedy and a majority of congressional Democrats also voted for a sweeping appropriations bill that set the minimum number of ICE detention beds at 34,000. Markey campaign manager John Walsh said Kennedy's team "did not do its basic research."

Thursday's tussle between the campaigns unfolded as Markey's first TV ad started airing in Massachusetts. In the 30-second spot, Markey walks through his native Malden in slacks and Nikes and says, "This is where I'm from. My father was a milkman. I drove an ice cream truck to pay for college." 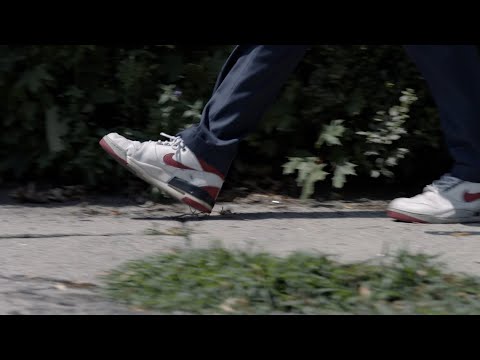 Though the ad does not mention Kennedy, it's designed to contrast Markey's working-class upbringing with that of an opponent "who represents a dynastic family, a certain political elite," said Setti Warren, executive director of Harvard's Shorenstein Center on Media, Politics and Public Policy.