State officials are stepping up pressure on school districts to resume in-person schooling as soon as possible this fall, even as they have signaled deference to local control.

Local authorities say the latest escalation poses a threat to months of detailed planning, and could force risky changes even after the school year has begun.

On Friday, Jeff Riley — the state’s commissioner of elementary and secondary education — sent a letter (PDF) to school committee chairs in 16 school districts that opted to begin the 2020-21 school year remotely and that the state has labeled “gray” or “green” since mid-August — meaning the average daily cases over a two-week period are less than four per 100,000 residents.

Among those districts are Belmont, Watertown, Manchester-Essex, Pittsfield, Bourne and Provincetown.

In the letter, Riley wrote that he is “concerned” about the “stark discrepancy” between state expectations — that communities at low risk of an outbreak return to in-person schooling as soon as possible — and these districts’ decisions. Riley requested a “timeline” for the districts’ return to in-person instruction to be submitted to his office by September 28. Responses may trigger “an audit to assess overall efforts to provide in-person instruction.”

Authorities in some of the 16 affected communities bristled at the latest intervention.

“Parts of the letter are in bold [type], like we’re being yelled at,” said Mel Webster, a school committee member in Amesbury. “I found the letter, honestly, slightly threatening.”

In an interview with WBUR, Riley said his letter was not intended as a threat, and did not represent a reversal of his earlier commitments. “We’re asking for, in the next ten days, just a response,” Riley said. “We wanted to have a conversation with these small number of districts.”

But the letter travels with a feeling of whiplash for members like Webster, who attended an Aug. 11 conference call with Riley, hosted by the Massachusetts Association of School Committees. On that call, as Webster recalled, Riley “stated that he would support districts in whatever way they chose to start the school year.”

“Don’t pretend, ‘oh, we love self-determination by communities,’ if you’re then going to have the commissioner of education send what I consider to be a threatening letter,” said Webster, who served five terms on the school committee in North Reading before moving to Amesbury.

Riley confirmed that during the Aug. 11 call he did tell committee members that he “would support them” in decisions regarding their use of COVID-19 metrics in their prospective fall plans. “But I also said, going forward, we need to continue to use the data to adjust.”

A day before Riley’s letter was sent Gov. Charlie Baker repeated comments about the primacy of local governance in the state’s public education — and some exasperation at the limits of his authority.

“At the end of the day, [the reopening] decision here in Massachusetts under state law gets made by the locals,” Baker said. “If I could make it, I would, OK? But I do not have the authority to do that. And I wish I did.” 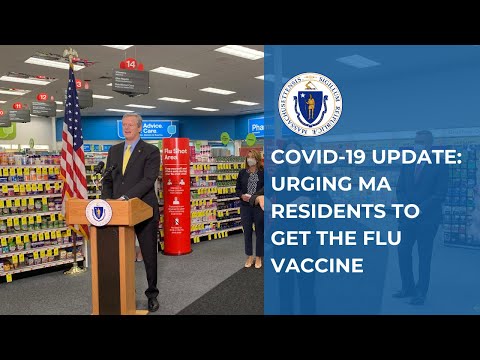 In Amesbury, Webster enumerated some of his reasons for voting to start the year remotely.

A hybrid plan — involving the simultaneous teaching of remote and in-person students — would strain the schools’ unreliable wireless networks, he said. Amesbury schools enroll students from neighboring districts, including Haverhill, still coded as yellow (or “moderate risk”) in the state’s latest weekly report, due to its 5.4 daily cases of COVID-19 per 100,000 residents. In Amesbury, Webster added, teachers live elsewhere in New Hampshire or Maine and would have to cross state lines each day to go to work.

Riley said his office recognizes that no school district is sealed off from the world outside, and that “there may be individuals who come into your community from time to time.” Still, he said, a community’s own risk rating should serve as the “north star” guiding its educational and public-health decisions.

During his 16 years on school committees, Mel Webster said, state officials have for the most part given local authorities genuine autonomy — but at a cost.

“We have to deal with a lot of unfunded mandates — when the state tells us, ‘do this, do that, do this,’ and don’t give us any money for it,” Webster said, in reference to changing demands for data reporting, testing, updated curriculum frameworks and other changes. “I kind of feel like we deserve [our] autonomy — in return for supporting all the programs the state asks us to implement.”

“I don’t feel like we immediately say, ‘DESE’s not happy with us; let’s bring our kids back.'"

Further west, Martha Thurber — chair of the school committee of the Mohawk Trail regional school district — said she was “surprised” by the letter Friday.

Thurber said her “message to Mr. Riley and others” was that Mohawk Trail officials “are definitely doing the best we can do — and we are moving at a pace that we feel is appropriate for our community and our kids.”

With just 845 students enrolled, Mohawk Trail is a small district with a large footprint. It serves eight communities over 250 square miles on the western edge of Franklin County.

To Thurber, the cost burdens involved in changing plans are particularly daunting. She said that adding winding bus routes to facilitate a hybrid plan, or undertaking the rapid repair of long-neglected ventilation systems, could be financially devastating if mishandled.

Given the chaotic moment, both Thurber and Webster took care to give Riley, Baker and other state officials the benefit of the doubt. Both share Riley’s belief that in general, in-person learning will serve more students better than the remote alternative. And both believe that their communities have an adequate and timely plan to achieve that goal.

But both are also wary of changing plans too quickly just because of a letter, no matter how alarming. “I don’t feel like we immediately say, ‘DESE’s not happy with us; let’s bring our kids back,’” Thurber said.

Mohawk Trail's enrollment has declined by more than a quarter in the past decade. As a result its state aid has been stuck at around $6 million each year — even as its fixed costs have tended to rise by comparison.