Democrat Ben Downing, a former state senator who went on to work in solar energy, is announcing Monday that he'll run for governor in 2022, mounting a campaign he said will aim to infuse state government with a sense of urgency.

Downing, now an East Boston resident, was 24 when he was elected to the state Senate from Pittsfield and served there for a decade, becoming the chamber's point person on clean power before opting not to seek a sixth term in 2016.

"I'm excited for this. I really am," Downing told the News Service ahead of his announcement. "The opportunities that are in front of Massachusetts, they're huge, and the only thing that's missing is leadership. There's a real hunger in the public to be asked to do more, to be a part of solving these big problems knowing full well that no one governor, no one Legislature, no one leader, no one person has all the solutions, but the public in Massachusetts hasn't been engaged in being a part of these solutions nearly enough."

Though Downing has spent the last five years off Beacon Hill, he's continued to weigh in on state government matters, including through radio appearances and on social media, where he maintains a running Twitter thread, dating back to September 2019, that encourages people to "focus on the record" of the Baker administration.

It is still unknown whether Gov. Charlie Baker will seek a third term, but Downing in recent weeks has amplified his criticism of the Republican on social media, blasting the administration for its choppy COVID-19 vaccination rollout. The Massachusetts Democratic Party has also taken aim at Baker over vaccine progress.

"I think the vaccine rollout has been fumbled pretty badly, and I think there are surprisingly simple solutions to the position that we've found ourselves in, and you see that in other states, you see that in some of our own communities," Downing said.

He pointed to vaccine equity legislation filed by state Sens. Becca Rausch and Sonia Chang-Diaz and state Reps. Liz Miranda and Mindy Domb — which, among other measures, calls for the creation of a mobile vaccination program and expanded free testing in all gateway cities — as a bill that contains "common-sense ideas that the governor would be wise to adopt immediately."

Along with jabs at Baker, the former state senator has not let his one-time colleagues off the hook. Downing wrote an op-ed over the summer for CommonWealth Magazine in which he knocked the "glacial pace of change" on Beacon Hill.

While he said a sense of "urgency" needed to come from the top and Gov. Baker, he noted that legislation to extend emergency leave to workers during the pandemic had not become a priority for leaders at the State House.

Downing said in an interview that he envisions having an "honest and productive" relationship with the Legislature, but one where he would be "constantly pushing" for progress on issues including climate change, economic justice and racial equity.

He said that Beacon Hill is "filled with a lot of talented people but at its worst, it is far too insular when it comes to the issues it wants to address [and] the points of view that are heard."

After a poor showing against Baker in 2018, Democrats are looking for someone to run in 2022 who can excite the electorate.

Harvard professor Danielle Allen began in December to explore a bid for governor as a Democrat, and raised over $136,000 in her first month. Many in the party are also watching closely to see what Attorney General Maura Healey's next political move might be, though advisors close to Healey say she's in no rush to make a decision.

Among Republicans, former state Rep. Geoff Diehl is a potential candidate, and Lt. Gov. Karyn Polito is viewed as a likely contender if Baker does not run.

Downing said he expects more company on the Democratic side.

Downing's campaign is working with Rivera Consulting, the firm led by former Ayanna Pressley strategist Wilnelia Rivera. The married father — Downing and his wife, Micaelah Morrill, have two sons — left his job at the solar energy company Nexamp at the end of last year and is staying on with them on a part-time consulting contract through the end of March.

He said his campaign will be focused on "relational organizing," mostly digital to start, and modeled around the lessons he learned on his first run for office in 2006 when he won the five-way primary for his Senate seat by 243 votes.

"This will be a grassroots campaign, 14 counties, 40 Senate districts, 160 rep districts, 351 cities and towns," he said. On Monday, his campaign also released a video discussing his platform: 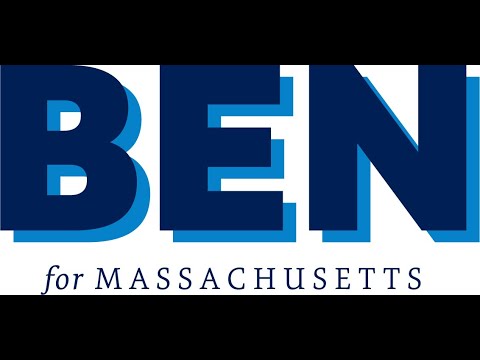 Downing would enter a gubernatorial primary with no money left over from his days as a state senator. The Democrat closed his campaign account in 2017, donating the last $20,000 to his alma mater Providence College to create a scholarship fund.

Before running for the state Senate, Downing moved to Washington, D.C. where he worked for several members of the state's Congressional delegation, including former U.S. Rep. John Olver.

The Pittsfield native comes from a political family in the Berkshires. His father, Gerard Downing, worked for 13 years as Berkshire County district attorney before he died in office from a heart attack in 2003.