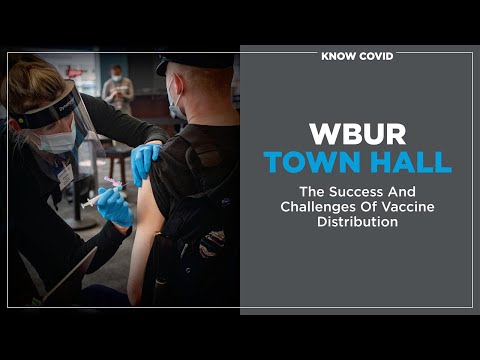 The act of administering a vaccine is relatively straightforward. Implementing mass vaccinations, on the other hand, requires an immense amount of preparation, strategic planning, production of materials and carefully coordinated communication.

In the second of a four-part virtual event series on the COVID-19 vaccine, reporter Martha Bebinger sat down with Dr. Paul Biddinger, medical director for emergency preparedness at Mass. General Brigham, to discuss the nuances of the vaccine rollout in Massachusetts. The event began with a story about the struggles and successes of an early vaccination effort in 18th-century Boston from Endless Thread podcast hosts Ben Brock Johnson and Amory Sivertson.

(You can hear more on investigations into vaccines by listening to their series, "Infectious: The Strange Past and Surprising Present of Vaccines — and Anti-Vaxxers.")

Highlights from this interview have been lightly edited for clarity.

On why a two-shot vaccine is necessary for now 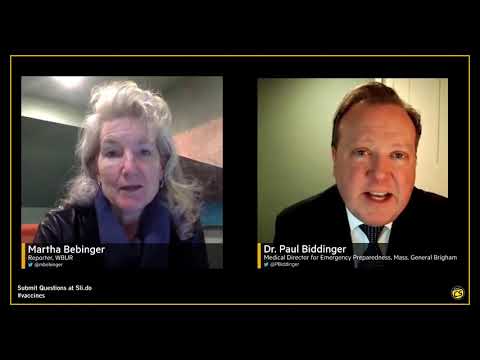 Dr. Paul Biddinger: So this is maybe one of the hottest debates right now, I think, in the public health and medical community. We do know that there's pretty good effectiveness within about eight or nine days after, certainly with Pfizer, likely the same is true of Moderna. The Israeli data shows that the new infection rate after about eight days plateaus with Pfizer; they basically used Pfizer for the country. That really suggests that a single-dose only strategy could be effective at limiting transmission.

Now, what does that mean? We don't know what it means in terms of durability of infection. We know that the second dose really sort of locks in your immune system and is likely to give you much more lasting immunity if you get it. And we don't know the number of people that if we say, 'Come back six weeks later for your second dose,' how many just won't? And does that actually compromise the overall effectiveness of our strategy for immunization across the population if we have a smaller percentage that actually have gotten the second dose as compared to what?

... There will be an emergency meeting of CDC's Advisory Committee on Immunization Practice this weekend to review what is the expected recommendation of the FDA for Johnson and Johnson. There are rumors that they might address this question. So, it's not inconceivable that [the] CDC will give us a little bit of guidance, but they may not. And right now, it's the official position of both CDC and FDA that we don't deviate, that we stick with the two-dose regimen for both Pfizer and Moderna.

On the challenges of maintaining equity in a phased rollout 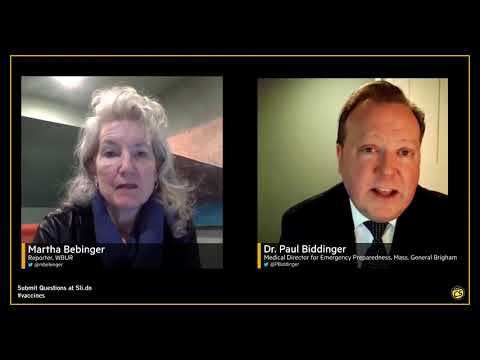 Biddinger: ... I think there are real equity concerns in making people prove their comorbidities, especially some of the most vulnerable, who may not have a primary care physician, may not see them regularly, may not be able to access them and/or may have difficulties getting that documentation. And I think, in the principle of 'we want to vaccinate as many eligible people as quickly as possible,' putting barriers in place for those individuals that would keep them from getting vaccinated seems like a worse evil than the number of people that might try to game the system. I don't want to be a naïve optimist, but I certainly hope that the vast majority of people will follow the rules and will understand what the consequences are: if they take their vaccine when they shouldn't, that they really are taking it from someone who deserves it, who needs it, and it helps protect them even more.

On what we can learn from early vaccination efforts in America 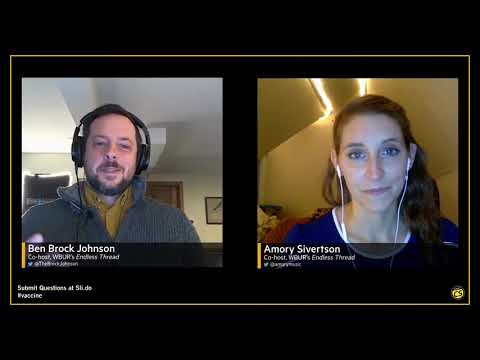 Ben Brock Johnson: So, you've got this mix of skepticism of the authorities, xenophobia, racism. These are all themes still familiar in America today.

... What we do know is that this enslaved person and hundreds of years of traditions and cultures around the world can be credited with helping to bring a very strange idea to what is described as Western medicine, that introducing a weaker version of the disease to the body, can help you fight it and help you fight disease more generally.

Amory Sivertson: And we can probably assume that if it wasn't for this early example of inoculating Bostonians against the deadly virus, we'd be telling a different story today about Boston. And I'm not sure that 'comforting' is the right word, but when you hear a story of a disaster like smallpox and the city being able to do something about it, and you think about where we are right now, you know, there's a little reassurance that we will figure this out one way or another.

This article was originally published on February 23, 2021.