The NFL's concussion controversy is coming to a theater near you. Sony Pictures on Monday released the trailer for "Concussion:" 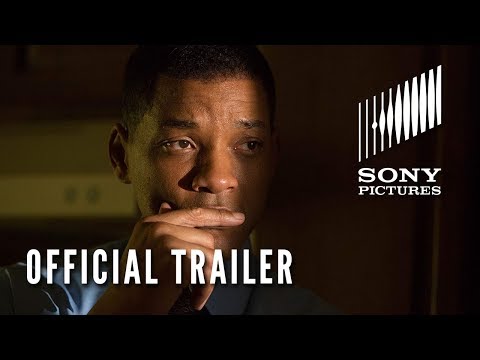 In the film, Will Smith plays Dr. Bennet Omalu, the forensic pathologist who first identified Chronic Traumatic Encephalopathy. A neurogdegenerative disease, CTE is thought to cause depression and erratic behavior and is believed to result from repetitive head trauma.

Evidence of the disease has been found in the brains of former NFL players, including Junior Seau, a Hall of Fame linebacker who took his own life in 2012, and Jovan Belcher, a former Kansas City Chief who killed his girlfriend in a 2012 murder-suicide.

This past April, a federal judge approved a settlement between the NFL and thousands of former players who sued the league over its handling of head injuries.

"Concussion" is scheduled to be released on Christmas Day.

Only A Game has covered head injuries in sports extensively. Here are some notable stories from our archives: