The NBA regular season is over. Who deserves the MVP award? That debate continues. But how about the award for best outfit? Or best prank? We've picked winners for our own set of NBA awards...

These two Toronto Raptors guards have terrific on-court chemistry. But we picked DeRozan and Lowry for their friendship. Whether it's photobombing DeRozan's All-Star photo...

or teasing DeRozan on the jumbotron...

...Lowry is constantly acting like DeRozan's little brother (despite the fact that he's four years older). They get our vote for best duo in the league.

Many NBA players have tapped into their high fashion sense in recent years — one of them being Cavs big man Tristan Thompson. Thompson arrived to games in some flashy attire this season. But the one outfit that topped all others came on Christmas Day when he showed up to Cleveland's game against the Warriors in a very furry mink coat.

From the shades he's wearing, it looks like Thompson might be in Miami — but the coat says otherwise. Whatever the weather was that day, he looked pretty comfortable. And he's also carrying a brand name toiletry bag.

There were a number of amazing assists this season. This pass from Stephen Curry might be one of the greatest dishes in recent history. But if you look closely, he double dribbled. So we're giving this award to Russell Westbrook for this insane assist... 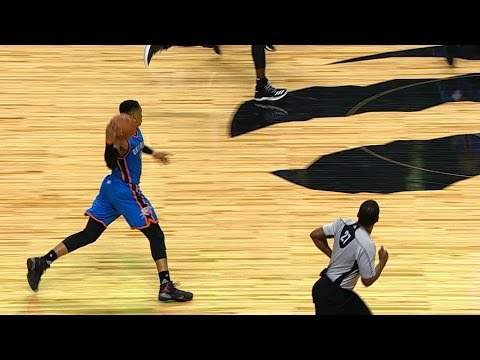 You have to love a good April Fools' Day prank. And in sports, it is usually the rookies who are on the receiving end of the joke. That's what happened this season when Patrick Patterson of the Toronto Raptors decided to have a little fun with rookie teammates Fred Van Vleet, Norman Powell and Delon Wright by covering each player's car with Post-it Notes.

Not sure if Patterson put the Post-it Notes on each car himself, but, either way, props for the creativity.

After going undrafted in 2016, point guard Yogi Ferrell got his chance when he signed a 10-day contract with the Dallas Mavericks in late January. And he made the most of the opportunity in a game against the Portland Trail Blazers in early February. Yogi posted 32 points and five assists. He hit nine 3-pointers, including this one to ice the game:

After that stunning performance, the Mavs signed Yogi to a two-year contract. He earns our award for unsung hero.

Sometimes athletes can sound a bit scripted in postgame interviews. But Brook Lopez offered a refreshing take on a fight between his brother Robin (who plays for the Bulls) and Thunder forward Serge Ibaka. Here's our choice for best interview of the season:

Longtime NBA broadcaster Craig Sager passed away in December after a long battle with cancer. Sager was best known for his energetic personality and flashy suits. The NBA paid tribute to Sager during the All-Star Game which provided the season's best moment: 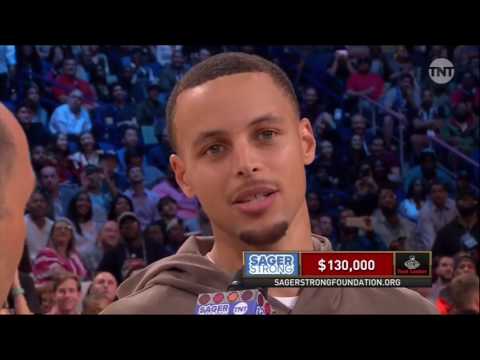 Have any other award ideas? Let us know below!