The Golden State Warriors torched the competition in the NBA playoffs this year, dropping only one game en route to their second NBA Championship in three years. In honor of that dominant performance, here is a look at some of the most lopsided championship games in history.

Way back in 1940, before the Super Bowl even existed, the Chicago Bears had a bone to pick with the Washington Redskins and their boisterous owner, George Preston Marshall. After the Redskins defeated the Bears 7-3 during the regular season, Marshall was quoted saying, "The Bears are a bunch of crybabies" and "They're frontrunners. They can't take defeat ... The Bears are quitters." Naturally, the Bears took issue with Marshall's assessment of their team and trounced the Redskins on football's biggest stage, 73-0.

The Bears scored so often that head referee Red Friesell asked Bears third-string quarterback Sollie Sherman to go for a two-point-conversion rather than kick an extra point. Too many balls had been kicked into the stands and, despite attempts to buy the balls back, fans stubbornly clung to their prizes, forcing the game to continue with practice balls.

The Utah Jazz entered Game 3 of the NBA Finals against Michael Jordan and the Bulls tied 1-1, having lost their homecourt advantage in Game 2. Karl Malone struggled in the first two games, scoring 14 and 12 points, but the result of Game 3 was truly shocking.

Jordan's Bulls blitzed the Jazz 96-54, holding Utah to the then-lowest score in the post-shot clock era and establishing the largest margin of victory in NBA Finals history. After the game, the Baltimore Sun described the Jazz as "inept." Ouch.

Malone was the only Jazz player to score in double figures with 22 points. He responded to the loss saying, "They had a hell of a defense, and we didn't respond. We got our butts kicked. We don't have any excuses."

The 1936 World Series was the Yankees' first without all-time great Babe Ruth and their first with rookie outfielder Joe DiMaggio. Many worried the prolific Yankee offense would suffer without Ruth, but their 18-4 trouncing of the New York Giants proved otherwise. Yankee second baseman Tony Lazzeri blasted just the second grand slam ever in a World Series.

Even the defense was impressive, as DiMaggio made all three outs in the ninth inning, including a 490 foot catch he made while running up the clubhouse steps. 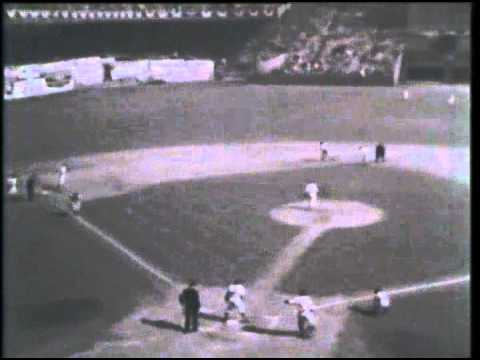 Up 3-2 in a best-of-seven series, the Pittsburgh Penguins traveled to take on the Minnesota North Stars with an opportunity to end the series early. They did not disappoint. The Penguins dismantled the North Stars 8-0 in Game 6 to take home their franchise's first Stanley Cup championship. Defenseman Ulf Samuelsson scored the Cup-clinching goal, to which six of his teammates piled on seven more scores.

Pittsburgh winger Phil Bourque encapsulated the spirit of a franchise winning its first ever championship the following day at the team's parade when he raised the trophy over his head and said, "What do you say we take this down to the river and party all summer!" 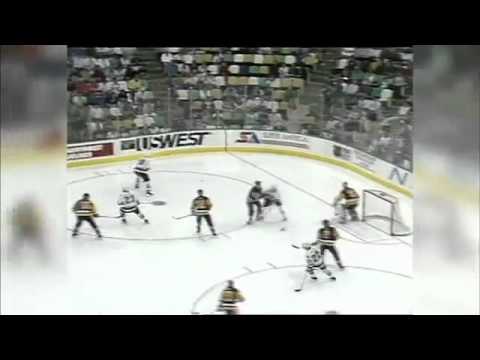