Whether they are crushing home runs, running four-minute miles or bulldozing through a defense, professional athletes are unquestionably talented. But for many of these superhumans, athletics is just one of the many things in which they excel. Here are some secret talents that range from inspiring to strange.

The former WWE star actually started out playing football at the University of Miami where a back injury robbed him of a potential NFL career. Johnson has also enjoyed a successful acting career, starring in a number of movies including "The Scorpion King" and "Hercules." Recently, he put his singing voice on display in "Moana," playing the demi-god Maui.

Grant Hill - Connoisseur Of The Arts

At 6-foot-8 with skills to match, it is no surprise the former Duke basketball standout was an NBA All-Star seven times throughout his 19-year career. Hill, now retired, is a co-host of NBA TV’s "Inside The NBA" and a collector of African American art. He says he wants to teach children about members of the African American community who have excelled outside of sports and entertainment. Hill also plays piano. 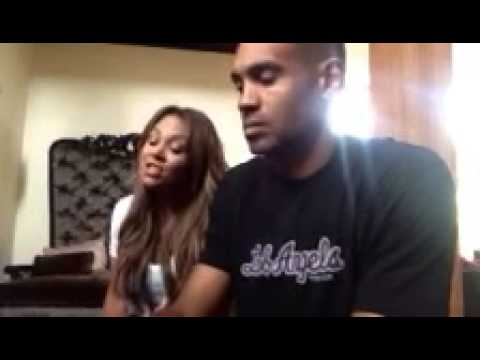 The Williams sisters combine for 30 Grand Slam titles in singles play and have collaborated on an additional 14 Grand Slam doubles championships. They have both been ranked first in the world in both doubles and singles play and boast four Olympic gold medals apiece. As if that weren’t enough, Serena has been sewing since she was 2 years old and Venus is a fashion designer. Venus’ fashion line, EleVen, has been out since 2007 and she has worn her own designs for competitive play since.

Rondo is perhaps best known for his key role on the 2008 Boston Celtics team that won an NBA Championship. When he is not connecting with his teammates for open jump shots, he’s bonding with kids at a local hospital through Connect Four. Rondo’s acumen at Connect Four is legendary and he’s beaten teammates, coaches, children and Hall of Famers with equal mercilessness.

Markakis is a two-time Golden Glove Award winner and he currently plays outfield for the Atlanta Braves. His special talent? He can balance a folding chair on his chin. There are more questions than answers on this one.

Mike Fisher - Be The Ball, Don’t Eat it!

Mike Fisher is the current captain of the Nashville Predators and has been playing in the NHL since 1998. He was the runner-up to Rod Brind’Amour for the Frank J. Selke trophy in 2005-06. The trophy is awarded to the best defensive forward in the NHL. Fisher can also fit an entire tennis ball in his mouth.

One of the best players in the NBA for almost two decades, Tim Duncan is no stranger to breaking records. Before he played basketball, he was a promising swimmer. Born and raised in the U.S. Virgin Islands, Duncan broke the Islands’ records in the 50- and 100-yard freestyle races and was nationally ranked in the United States by the age of 13. He could have potentially been an Olympic-caliber swimmer if a hurricane had not destroyed the only public swimming pool in the Virgin Islands.

At 6-foot-5 and 278 pounds, Jason Pierre Paul (JPP) is a terrifying sight for opposing NFL quarterbacks. His athleticism allows him to effectively rush the passer and he has totaled 50 sacks over seven seasons. That explosive ability has also been put to the test in other ways, namely a backflip competition with linebacker Kion Wilson. JPP won with 13 backflips (and even though they were really back handsprings, it’s impressive). 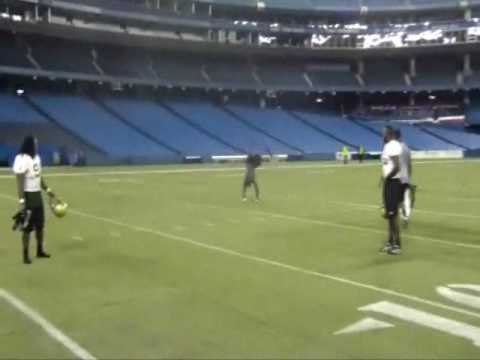