Two years ago, I moved to Sweden with my girlfriend, Amanda, who comes from Stockholm. We are driving around one day, and she asks me, "Do you want to listen to a song?" and I say, "Yeah, of course."

And then she asks me, "Have you ever listened to Ted Gärdestad?"

Ted Gärdestad? I'd never heard of him. And Amanda says, "You've gotta listen to this one song."

And so she slides in a burnt CD, and the song starts playing. And I start listening. And I was hooked. 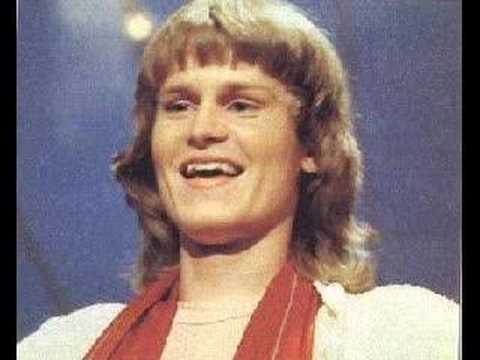 The name of the song was "Helena," and as soon as we got home, I started wondering who Ted Gärdestad was. And who, come to think of it, was this Helena he was singing so passionately about? I got obsessed.

And then I found this: 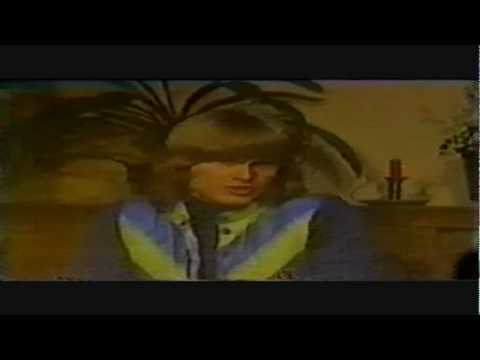 That’s Agnetha Faltskog and Frida Lyngstad standing on a ski slope in Switzerland introducing Ted in one of their TV specials.

Apparently — before they were Abba — Agnetha and Frida Lyngstad had backed Ted.

But eventually, my life in Sweden started to find its own routine, and I gave up trying to find out more about Ted and Helena.

That is, until recently, when I heard the song on the radio again, and it all came back to me. I decided that I had to find out who Helena was.

And what I found was a tragic story, involving one of Sweden’s most promising young musicians and a championship tennis player named Helena.

First, I listened to the lyrics carefully. The song is about Ted falling in love with this Helena, but not knowing how to tell her. And so it struck me that he must have known her, as a friend maybe. I started to track down those who knew Ted, and I found this guy.

"My name is Janne Schaffer, and I am a guitar player. And I also write music. I met Ted in 1971 through his producers, which was Björn Ulvaeus and Benny Andersson."

These were other two members who would one day make up Abba. They were told to look out for new talent and in the end they found a 15-year-old kid called Ted, who had been composing his own songs from the age of 6.

"That first album came out in 1972 and was called 'Wanderings,'" Janne says. "We were very happy. That was a very happy recording, and we were very — we found each other, Ted and me."

Ted quickly became Sweden's first teen idol. He was a household name up and down the country as his albums went gold and he made one hit record after the other. But he had a secret talent that not many people knew about.

"He played tennis very well, and he even — I think he beat Björn Borg once," Janne says. "That's what people tell me.

"Helena Anliot was a rather famous Swedish tennis player. I think she was also involved with Björn Borg, I don't know. But he dedicated that song. And it's a fantastic song."

I started looking all around Sweden for this Helena Anliot, and I came up empty-handed. I realized that if I was ever going to find Helena, I would have to look further afield. I never realized how far I would have to look, though. In the end, I tracked down Helena all the way in Australia.

Helena’s tennis talents were discovered at a young age, much like Ted’s musical talents had been.

"There was a man who was a professional ice hockey player that came from Czechoslovakia," Helena tells me. "He was a political refugee. His name was Sabrotzky. He was traveling around in the countryside and looking for talents. He was looking at the boys, but then my father asked if they could throw me in. And I was about — I think I was about 9 or 10 at the time. Sabrotzky, he said then, 'This is a future champion,' he said. I totally loved it."

And so, Helena worked on her game and got better and better. Cut to the US Open in 1977.

"My ranking was high at the time," she says. "I was ranked 32 in the world, and I was No. 1 in Sweden. I beat Maršíková in the second round, and then I moved into playing Chris Evert."

Now, Chris Evert was one of the best tennis players around at that time. By the end of her career, she would win 18 Grand Slam titles.

Her Time With Ted

"When I was at the height of my career, which was in probably '77, I contracted glandular fever," Helena says.

In the States, glandular fever is better known as mono.

"And that basically finished my career, even though I tried coming back," she says. "You train to perform at your top level all the time, like, that is the tennis player's life. And when you just underperform all the time, it feels so meaningless."

Tennis is still a big part of Helena's life, but grandchildren and art have taken over. But I wondered how she met Ted and what she thought about that song.

"Me and Björn Borg, we were going out from when we were pretty young, you know, from about, maybe, 16 or something like that," Helena says. "And I knew Ted during this time, but Ted and I, we got together a bit later on. We spent an enormous amount of time together. And we were very close spiritually. So we were just talking our way through days and nights, and, yeah, it was lovely."

Eventually, Ted and Helena broke up. They stayed friends and kept in touch for a while but lost contact when Helena moved to Australia. It was only later, after they had broken up, that Helena heard the song that Ted had written about her.

"I was really surprised when I heard the song, and I didn't even know whether it was for me or anything. But I was hoping," Helena says. "Yeah, that's how it was. I found later, though. It took a few years until I found out that he actually wrote it about me."

Janne Schaeffer, however, remained a close friend with Ted, playing on most of his records. And he told me all about Ted's life — a life that started with such joy and hope but ended so tragically. Janne started to see a change in Ted's mental condition in 1981, when Ted went out to America to escape the fame back home in Sweden.

"When he decided to go to Oregon, he was tired of being an idol. And everybody recognized him, so he wanted to do something else. And after that, there became a little change," Janne says. "And then he came back to me in 1992, I think, and asked me if I could help him to do a new album. But that was something else. It wasn't the same Ted as from the beginning."

After this album came out, Ted toured extensively for three years. People saw it as a comeback for the kid who had once topped the charts in the '70s. However, tragedy struck in the summer of 1997. Ted, then 41 years old, jumped in front of a train in the central station of Stockholm and committed suicide.

Helena was living in Australia when she learned of Ted’s death.

"I heard that he was mentally unwell," she says, "and we didn’t make contact in any way, you know, before he died.

"If I can wish for something, you know, I'd really like if you could play, maybe just a little bit, if you have time, is 'I dröm och fantasi,' by Ted. I love that song."

I found it fitting that Helena had asked me to play this song, and not the song that had brought me to her in the first place. "I dröm och fantasi" is a song about dreams and fantasies and how fragile they can be. 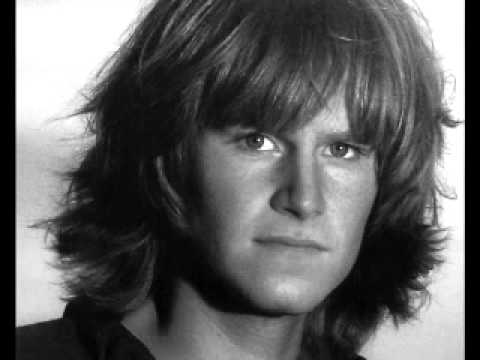 Ted’s dream came true. He found fame and respect with his beautiful songs, but in the end, he couldn’t outrun the sadness inside him.

Helena, on the other hand, had to say goodbye to her dream of becoming a tennis player. And her time with Ted has become just a story she tells her grandchildren.