On Wednesday, the Milwaukee Bucks boycotted their playoff game against the Orlando Magic to protest the police shooting of Jacob Blake.

That decision was soon followed by the postponements of the rest of the evening's games in the NBA. Then the WNBA, MLB and other sports leagues and individual athletes followed suit.

For Only A Game regular Kenneth Shropshire, this week's events have reminded him of the year 1985 ... and a song.

There were a number of entertainers engaged in divesting from South Africa and trying to end Apartheid in South Africa. And there was this great song, "Sun City," and the hook was: "I ain't gonna play Sun City." 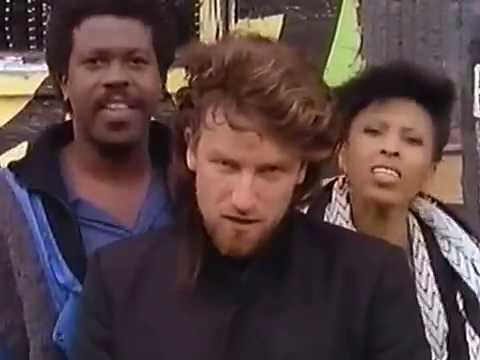 And Sun City was the Vegas of South Africa — actually was in a homeland adjacent to South Africa — where they were paying big, big money for entertainers to come. And the video itself — I mean, it's every star of the moment ... Eddie Kendricks, David Ruffin, Little Steven. Bruce Springsteen is in there. So, it's even powerful to watch today to think these entertainers are saying, "I'm not going to take the money. I'm not going to play in Sun City. I want the system of apartheid to change."

That was a moment in time when the world hated South Africa. And what's the world really thinking about us in terms of the way police are killing people? The snippets that they get: There’s a Black man shot in the back seven times. There's this Black man that has a knee on his neck for eight minutes and 46 seconds. And that's what the world started to think about us. So the idea of "I ain't gonna play Sun City" really resonated with me, and probably a few other people of my generation. 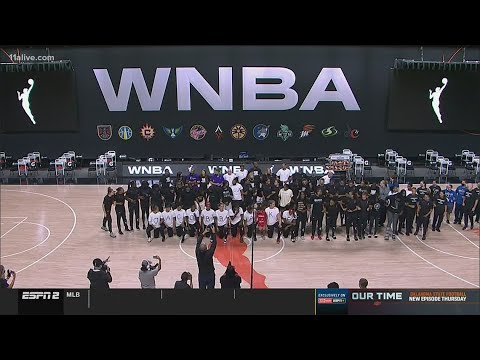 [The Milwaukee Bucks' boycott] was a complete surprise. Of all the things that were contemplated, you know, there had been a little bit of rumbling about a possibility that some action would take place, but the bubble was so calm. And I think that's part of what the problem was, as I talked to people after the fact. It was so consistently, "Okay, we've got the logo on the floor. We've got the stuff on the jerseys." And this guy has been shot in the back seven times. So this is not working. We need to do something more."

"If the prize is ending racism in America, that's not going to happen with one action ... It is a constant battle."

I woke up, you know, the day after the players successfully boycotted and said, "You know, there's a connection here."

They said, "We're not going to play." And they said, "We know that we are providing entertainment, that there's a value to our Black bodies being on display. And the idea that there's some gain you get from our being entertainers, and the power that we have to say, "We're not going to entertain. If that helps to move the needle in terms of how you focus on these men that aren't us, that aren't players on the floor, then this is a step we're willing to take." You know, maybe in a sense they said, "You know, I might not play Sun City if this keeps going on."

If the prize is ending racism in America, that's not going to happen with one action. It's not gonna happen overnight. It is a constant battle. And the more people that join in and be anti-racist and begin to participate more in the movement.

We all have a vision of how powerful an action by athletes, especially across sports, can be.

Professor Kenneth Shropshire is the CEO of the Global Sport Institute at Arizona State University.