Sandberg, chief operating officer of Facebook, has a winning personality — smart, nice, fun, strong — and her book has just hit #1 on The New York Times bestseller list. Her April 4 talk with WBUR’s Robin Young in the 440-seat main hall of Brookline's Coolidge Corner Theatre is long since sold out, and her TEDTalk has been viewed more than two million times.

Her push for women to work full-time in high-powered jobs, even through motherhood, seems to willfully ignore this fact: A great many of us don’t want to, not when our children are young.

Her central point is that more women need to aspire to leadership roles and “lean in” — try harder — to get there, and it carries special weight coming from a woman whom Fortune Magazine named the fifth most powerful in the world — above Michelle Obama.

But Sandberg has a central blind spot, a striking omission.

Her push for women to work full-time in high-powered jobs, even through motherhood, seems to willfully ignore this fact: A great many of us don’t want to, not when our children are young. We want — often desperately — to cut back. If we can possibly afford it.

And, in my experience at least, our greatest obstacle is not any girly self-doubt. It is a rigid workplace culture that won’t let us ratchet down. It is employers who do not offer flexible alternatives that drive parents out, by offering only a binary choice between full-time-plus or the highway. 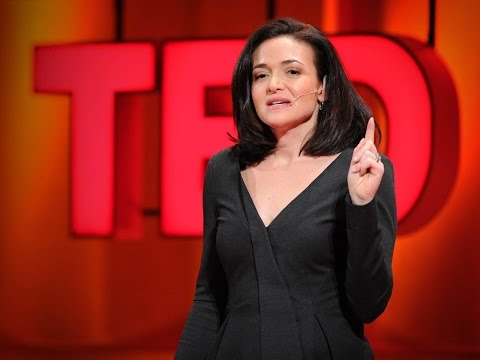 Sandberg never even mentions that surveys have found repeatedly that working mothers heavily prefer to work part-time. A couple of data points:

From a 2009 poll by the Pew Research Center: “Most working mothers (62%) say that they would prefer to work part time.” But “The reality for today’s working moms does not reflect their preferences: 74% work full time while only 26% work part time. Only about one-in-ten moms say having a mother who works full time is the ideal situation for a child."

But to work part-time, a parent needs a workplace that will allow it.

Sandberg describes waddling into the Google headquarters when she was heavily pregnant and demanding a special parking spot for pregnant workers. But nowhere does she describe using her position of power to help mothers — or fathers — get more flexible or reduced schedules.

On the contrary, the success stories she shares tend to involve persuading mothers to work more — including a mother of 14-month-old twins who was working only about one-third time. Sandberg urged the woman to partner more equally with her husband, in order to take a "full-time job with frequent travel."

Every discussion of this fraught issue has to include all sorts of disclaimers: Women are all different. So are men. So are children. Some jobs can be flexible or part-time, some cannot. Some kids need more than others. Different set-ups work best for different people, at different times.

But in the face of such complexity, the American way is usually to turn to a simple ideal: Choice. We need various options — not a single model of all-in or all-out.

I quit The New York Times in 2002, after having my first child. I’d proposed giving up my staff position and going onto a contract to work three days a week from Boston. They said no. I could be full-time on staff in Manhattan or a pure freelancer paid (very modestly) per piece.

That wasn’t a real choice, at least not for me. I know many unspeakably great mothers who work full-time. I just couldn’t do it myself. Couldn’t. I was stunned by how strongly I felt that, down to my marrow, with the force of a moral imperative. I needed to earn a living, but if at all possible, I was determined to work part-time. I was lucky enough to land a three-day-a-week job at the Boston Globe that lasted through several years and a second child.

It hurt to leave the lofty Times, but I have not a single regret about that decision. I only regret that I had to make it, that I faced such a stark either-or.

Sandberg would have had me lean in — stay full-time, delegate more baby care, negotiate better, push harder. But I’ll go to my grave believing that the flaw was not in me as much as it was in a system built for men with housewives to raise the children and care for the elders. And that culture still clearly dominates today.

I’ll go to my grave believing that the flaw was not in me as much as it was in a system built for men with housewives to raise the children and care for the elders.

I hear about other bosses who force part-timers to work full-time or quit; who lay off mothers in job-shares first; who offer miserly contracts to staffers who need family-friendly schedules. And I know the jobs in question. They could in fact be done more flexibly — and possibly even better, with happier workers.

These days, my own story ends very happily indeed at WBUR’s CommonHealth blog, working half-time in a successful job-share created by an innovative boss who has my eternal gratitude.

But in the bigger picture, what we really need is the anti-Sheryl-Sandberg: A corporate leader who models the understanding that working parents carry double responsibilities. That they deserve support for their choices rather than urgings to try harder when the problem isn’t effort, it’s the limited time in the day.

That means a boss who will not say, “Just lean in like I did,” but rather, “Tell us what we can best do for you, so that you can do your best for us."

This program aired on April 2, 2013. The audio for this program is not available.