When Michele Bachmann announced that she would not be seeking a fifth term in Congress, the media was quick to note that the Minnesota Republican was under investigation by four separate agencies owing to alleged campaign finance violations in her 2012 presidential run. Plus, she had barely won her last campaign and was viewed as a sitting duck in the 2014 race.

So that’s the official narrative: The Tea Party firebrand finally wore out her welcome after years of making false and incendiary accusations against, well, pretty much anyone not adhering to her particular beliefs.

Pundits may have enjoyed playing her as a wild-eyed ditz who never met a fact she couldn’t mangle, or a conspiracy theory she wouldn’t promote, but Bachmann knows exactly what she’s doing.

But as Bachmann herself pointed out, with her characteristic flair for self-promotional self-pity, this narrative puts her decision in a pretty negative light.

Pundits may have enjoyed playing her as a wild-eyed ditz who never met a fact she couldn’t mangle, or a conspiracy theory she wouldn’t promote, but Bachmann knows exactly what she’s doing.

In fact, her legacy perfectly encapsulates the rise of the “brandidate.”

What are brandidates, you ask?

They’re political candidates who reinvent themselves as ideological brands — celebrities even — then make millions as media personalities, public speakers, and issue advocates.

The most famous recent example is Sarah Palin, who was elected governor of Alaska in 2006, served as John McCain’s nominee for vice president in 2008, and resigned as governor less than a year later.

She was immediately hired as a commentator on Fox News, became one of the hottest (and most expensive) stars on the Tea Party speaking circuit, and starred in her own short-lived reality TV show. She still attracts a lot of media attention and makes a lot of money.

But Palin and Bachmann are hardly the only recent examples of brandidates. Consider Newt Gingrich, who hasn’t held public office this millennium and yet continues to run for president.

Hey, it’s good for business, which in Gingrich’s case includes not just speaking fees, business seminars, and punditry, but a series of shady for-profit ventures all predicated on his celebrity. 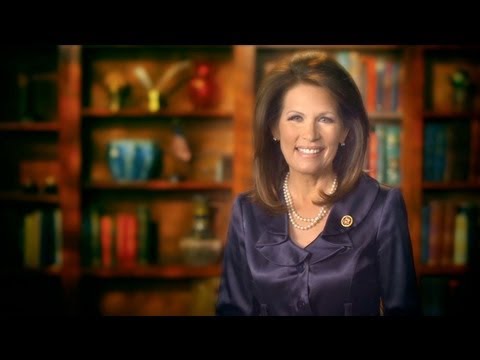 Of course, Donald Trump was smart enough to understand the potential revenue streams associated with becoming a brandidate, and thus, with no political experience whatsoever he tried to convince Americans that he was maybe going to run for the Republican nomination.

In fact, none of these brandidates are particularly interested in the boring task of governing, which requires meeting the needs of constituents (some of whom may disagree with you, or have needs you don’t care to honor), studying the issues, writing (or at least reading) bills, and seeking compromises.

That stuff is for suckers.

No, all things considered, it’s much easier and much more lucrative to become a brandidate. No dull legislative duties. No fact checkers. No pesky ethics investigators. Just an endless parade of dazzled partisan consumers eager to hear you articulate their misty dreams and grievances.

I realize, of course, that I’ve neglected to target any liberal brandidates. This isn’t because I suspect liberals are above such things. I just think they’re nowhere near as motivated as their counterparts.

The fact is, the Tea Party movement, along with the conservative media, along with a multitude of corporate-funded advocacy groups and forums, has created a ready-made market for right-wing brandidates.

Politics has become just another entertainment platform, rather than a serious pursuit intended to solve our common crises of state.

Of course, in the old political universe, the standard exit strategy for politicians of all persuasions was to quietly land a gig as a lobbyist.

There was, and is, something deeply cynical in this pattern.

So perhaps brandidates deserve some form of praise. At least they shake their moneymakers in front of live audiences, and cameras, rather than behind closed doors.

But more than anything, the rise of the brandidate as an archetype speaks to the perversion of our modern civic culture. Politics has become just another entertainment platform, rather than a serious pursuit intended to solve our common crises of state.

As an elected official, Michele Bachmann did little more than give voice to the paranoid delusions of her GOP base. She made no serious effort to build coalitions that might enact laws for her constituents. In pursuing her given destiny as a brandidate, she has been liberated from having to pretend she ever cared to.

This program aired on May 31, 2013. The audio for this program is not available.