With the world-girdling arrival of the seventh episode in the Star Wars series, “Star Wars: The Force Awakens,” which opens nationwide today, I wonder: What gives this franchise its appeal and staying power, beyond a chance for adults to reclaim a moment from their childhoods?

I was 10 in the summer of 1977 when my Mom took me, my sister and brother to see “Star Wars” at our local Cineplex. All I had heard about George Lucas’s movie was that it had something to do with spaceship dogfights in deep space.

My eyes were blasted open. And, like the Death Star at the end of the movie, my mind was blown away.

My eyes were blasted open. And, like the Death Star at the end of the movie, my mind was blown away.

What was this? A teenager, Luke Skywalker, stranded on another planet but with some mysterious destiny to fulfill and a light saber with which to duel? And he gets to hang out with robots, a smuggler, a sweet, gorilla-like monster and a princess wearing what look like cinnamon buns on her head?

Heady stuff for a small town kid with a penchant for dreaming about adventures in places far, far away. I remember staying up late after seeing “Star Wars,” feverishly trying to draw the X-wing and TIE Fighters still screaming through my mind.

“Star Wars” made me want to be a filmmaker, an animator, a storyteller. The epic saga was a portal to a universe into which any fan could immerse himself. The “Star Wars Fan Club” facilitated that process. I received stickers, iron-on patches, a 20” X 28” poster, a wallet-sized photo of Luke Skywalker, and the “Bantha Tracks” newsletter, which I still have.

“Star Wars” and its sequels were touchstones, mind-bending fantasy movie experiences into which I poured my longings for escape, creativity and adventure. I began to dream big, and those dreams have stayed with me. So have the series’ themes — empowerment fantasies are powerful for a reason. Like Luke, I felt like an orphan, with a father who wasn’t around much and a mother who, owing to illness, would soon be lost to me. If Luke can redeem Darth Vader, I believed, forgiveness in my own life needn’t be a galaxy away.

So Lucas created one.

In post-Nixon America, the wise souls of “Star Wars” — Obi-Wan Kenobi and Yoda, in particular — were a balm. Their lessons about spirituality, courage and friendship spoke to me. “Do. Or do not. There is no try,” Yoda said, and I still abide it. "Who's the more foolish? The fool, or the fool who follows him?" Obi-Wan asked. “Never tell me the odds,” Han Solo said.

If Han Solo’s quip emboldened me, the Force gave me something akin to a religious path, which I lacked. “Star Wars” offered a plausible way of looking at the universe, asking us to believe in what we cannot see.

Above all, it’s the full title of the original movie, “Star Wars: A New Hope,” that sums up the franchise’s impact. These movies embodied our yearning for a new start. In an era of jaded hope and skepticism about institutions like religion and government, “Star Wars” transported us to another place and time in which truth and faith reigned.

We still live in complicated times. If “The Force Awakens” feels like a retread and hits many of the same notes of previous films in the series, so be it. Perhaps now is the time to hear – and heed — the music of those notes again. 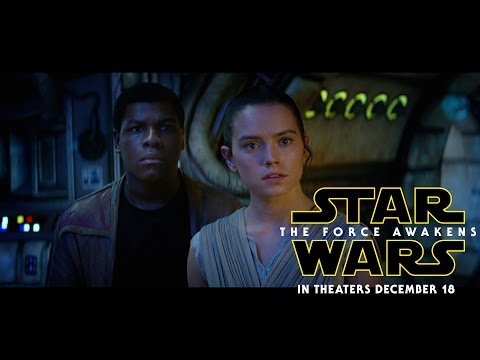