“Everyone needs help from everyone,” the great leftist playwright Bertolt Brecht once said. He knew. With the help of friends and political sympathizers, he escaped the Nazis, eventually landing in the United States. Then he had to flee the Red Scare in the U.S., eventually returning to Germany after the war, where he tried to build a better society out of the ashes of the one he’d fled.

I’ve been thinking of him and many other musicians and writers in this charged period. The songs, photos, poems forged in struggle that are racing through social media, the deaths of Leonard Cohen and Leon Russell, Kate McKinnon-as-Hillary Clinton’s unexpectedly moving rendition of Cohen’s "Hallelujah" -- they’ve all left me vibrating and electric.

For all of the “move to Canada” talk that I’ve heard and engaged in myself, it’s clear that at least today, more of us are responding with fight than with flight. In the wake of Donald Trump’s victory, I am frantic to act, to do something. Everyone I know — because yes, I freely confess that most of my friends and even colleagues shared the same assumptions and hopes regarding this election — is feeling and doing the same. They’re making donations to Planned Parenthood (in finger-flipping “honor” of Mike Pence) or the ACLU, affixing safety pins to their jackets, joining what are becoming nightly protests against Trump’s election, writing letters to the mayor and city council about retaining sanctuary city status for their town, and volunteering at organizations that serve immigrants. Buzz about the Million Woman March is surging through my extended network of friends of 45 years and acquaintances of four months.

That bias for action, however impetuous, is great. And so is our hunger for songs and poems to serve as vessels to contain and transmit our overflowing feelings.

“Art is not a mirror with which to reflect reality, but a hammer with which to shape it,” Brecht also said. When Bob Dylan sang "The line it is drawn, the curse it is cast. The slowest now will later be fast, as the present now, will later be past," he infused an entire generation with the nutrients we needed to tirelessly, doggedly build a movement that could, that eventually did, effect some real change.

In a recent NPR interview, singer Norah Jones talked about listening to the 1971 song by Les McCann and Eddie Harris, "Compared to What." Irresistibly driven by funk and fury, the song was a defiant litany of all that was wrong with the state of the world. She used to put it on her record player, feel angry, and dance.

Anger and joy — fueled by music — were inextricable. Both made you get up on your feet and move. And both have once again infected the body politic with an intensity I’ve not seen in decades. Since the election, currents of rage, bafflement, fear and determination have been sparking from friend to friend, between colleagues who never would have dared discuss politics before.

Anger and joy -- fueled by music -- were inextricable. Both made you get up on your feet and move. And both have once again infected the body politic with an intensity I’ve not seen in decades.

I participated in my first anti-war march in 1967 and helped to organize one for the first time — a small but spirited affair in Pittsfield, Massachusetts — in 1968. I was at a cooperative work/summer camp that year, where, in my mind’s eye, we were dancing when we weren’t organizing. We’d shout with The Chambers Brothers — "Time, time, time" -- our voices fusing and frenzied, delirious with possibility. Then we’d close out the night with The Doors, and as Ray Manzarek’s organ squeezed out the notes, we’d belt out the words: "We want the world and we want it … Now."

I share these memories not as an exercise in nostalgia, but because now it’s my children’s generation that wants the world despite the shambles we’ve made of it. Their anthems — by musicians like Kendrick Lamar, Janelle Monae, and many others — are largely unfamiliar to me. But the urge, the physical need to gather, to feel the potential of their massed bodies and melded voices — that I know well.

Older, slower, and certainly more scared, I nonetheless feel compelled to join them. And I do it with the kind of hope described by Václav Havel, another playwright who tried to bring his ideals to life not just on the stage, but in the world: “Hope is definitely not the same thing as optimism. It is not the conviction that something will turn out well, but the certainty that something makes sense, regardless of how it turns out.” 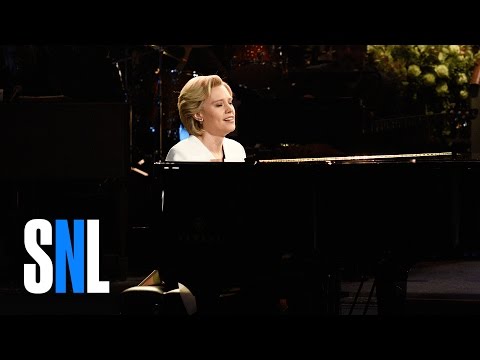