At 50 years young, the decision that allowed people like my parents — who could see past shades of melanin — to marry anyone they pleased is holding strong.

It wasn’t until the year 2000 that 60 percent of Alabama voters finally elected to honor the Supreme Court’s decision, and remove anti-miscegenation laws from their state constitution. A whole 60 percent! But they did it. And that’s a cause for celebration.

It’s also the perfect opportunity to take a look at privilege. Specifically, mine.

Now, before we go much further, allow me to provide some context. I am not using “privilege” in the manner in which it is so often misinterpreted, serving as a land mine destined to explode any rational debate.

“Your entry-level black rage is particularly galling…you get away with murder because you look more like them than I do. That’s your light-skinned privilege. Until you acknowledge that, shut the [expletive] up about who’s woke or not.”

I nearly wore out the rewind button on my remote. The scene hit like a well-placed liver punch. Particularly because I felt like Coco was talking directly to me.

It’s a term I’d never heard before, and I’m old enough to remember when “mixed” and “mulatto” were considered acceptable descriptors; before the political correctness of “biracial” was even a thing. Though the phrase dripped with venom from Coco’s tongue, for me it rang true.

Thanks to the Lovings, I have an identity. I’ll honor them, and my family, by continuing to define for myself what it is.

Many of us do possess the privilege of which she spoke. For those of us whose appearance skews towards racial ambiguity (which included me until my pre-hair loss early 30s), we have the benefit of doubt. Not doubt about our non-whiteness, but doubt about our blackness. That alone grants us the privilege that escapes those for whom there is no ambiguity; it is the privilege not to be assumed to be something less than the default simply because of the color of our skin, the privilege to make the choice to be “woke” instead of being that way, every minute of every day, as an absolute necessity of survival.

But it is also important to acknowledge that this fluidity of racial identity that exists for some of us, that creates a very particular type of privilege, is also the source of some of our greatest challenges. Though we are born of more than one race, we are often frustrated with finding where we belong. To some, if we do not disavow our whiteness, we are assumed to be running from our blackness. Similarly, if we adhere to the notion of the “one-drop rule,” a concept created by whiteness, then we are seen as ignoring, almost in shame, one-half of our cultural makeup. 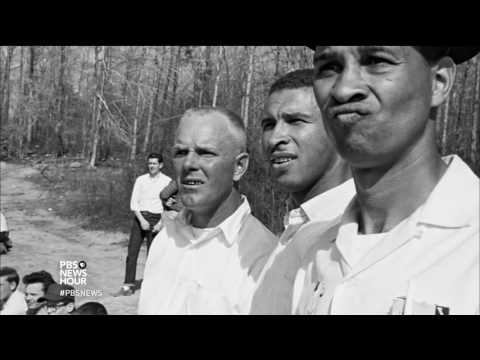 This makes our privilege no less real. Nor does it invalidate our unique struggle.

“Loving Day” is a day of reflection for me, and, I suspect, many like me. There is a passage of prose that has resonated with me like no other, from Mat Johnson’s brilliant novel, titled, appropriately, “Loving Day”:

“The very idea, of creating a tribe where I would fully belong, of changing my definition to fit me instead of the other way around, terrifies me. It scares me because it’s not crazy. It’s attractive, logical even. It’s just priced at abandoning my existing identity and my entire worldview.”

Thanks to the Lovings, I have an identity. I’ll honor them, and my family, by continuing to define for myself what it is.

John Vercher Cognoscenti contributor
John Vercher is a writer. His latest novel is "After the Lights Go Out."