With the opening of the National Memorial for Peace and Justice, the nation’s first monument dedicated to the legacy of those terrorized by lynchings, I am haunted by the old saying, “the exception proves the rule.”

In this case, the Montgomery, Alabama, memorial presents well over 4,000 exceptions to the rule of law, and equality before it, in the late 19th and mid-20th century. 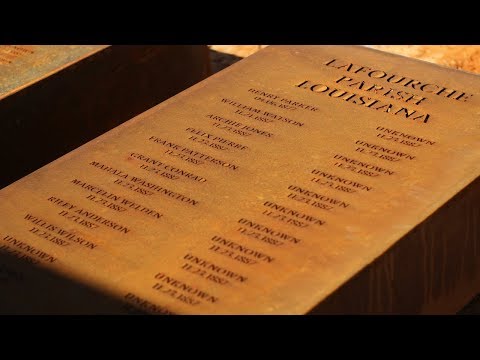 Among those thousands of lives brutally taken, here are just two:

On April 28, 1936, on the outskirts of Colbert, Georgia, 20 men posed, with a child in their midst, for a photograph next to the bullet-ridden body of 42-year-old Lent Shaw. The group had kidnapped Shaw, a prosperous black farmer and father of 11 children, from a jail in nearby Royston, where he had awaited trial on charges he attacked with intent to rape a white woman.

The group, comprised of local men, had tied him to a tree and shot him multiple times, before standing for the photograph. Police Chief W.A. Dickerson, who had been charged with Shaw’s safety in jail, made no attempt to prevent his attackers from removing him from the jail, and later claimed he was unable to identify the perpetrators.

Less than a year earlier, on the afternoon of July 19, 1935, white families in Fort Lauderdale, Florida, took turns being photographed next to the hanging body of Rubin Stacy, who under similar circumstances — a black man accused of assaulting a white woman — had been taken by force from the custody of sheriffs.

According to an eyewitness report that emerged in 1988, the price of admission for the spectacle, allegedly set by Chief Deputy Bob Clark, was to shoot at the body and thus become implicated. This time, although members of the mob were identified, a grand jury refused to indict them.

It is a long-standing tenet of legal philosophy that laws exist only insofar as they are interpreted and enforced by the officials entrusted with upholding them. In both Shaw and Stacy’s cases, the criminal laws on the books of both states failed to protect them from being lynched prior to any court proceeding, nor did they result in punishment for the perpetrators.

In effect, their attackers enjoyed a legal right to commit a legal wrong. Formal law acknowledges such a right when, for example, it grants a person immunity from prosecution, but the right holds equal legal force when it reflects the social practice of non-enforcement, as with, say, laws prohibiting fornication or adultery. As a systemic feature of southern justice, non-enforcement shaped, described, and inscribed what was understood by those with the power of enforcement to be, and what became, the law.

A lynching memorial, hence, prompts us to fully confront what has become known as lynch law. The rule of non-enforcement transformed not just the criminal law of lynching, but civil and administrative law as well. Exclusion of blacks from the realm of law was also enacted through lack of official documentation or proper investigation into the facts underlying instances of racial violence. Instead, figures such as Ida B. Wells, who led an anti-lynching crusade in the 1890s, Monroe Work of the Tuskegee Institute, and Walter White of the NAACP stepped up to the plate to document these events and black victims’ histories, laying a solitary foundation that, if absent, would have rendered today’s long-belated memorial initiatives impossible.

Their efforts are precious, and in many cases the only reliable accounts of these events. Scholars would otherwise be left to piece these stories together from decaying or incomplete death records and court documents maintained by officials for whom lynch law included the rule of white impunity. By taking up this torch through acts of research, documentation, and memorialization, we at least move to restore a measure of justice for victims’ families.

...laws exist only insofar as they are interpreted and enforced by the officials entrusted with upholding them.

Claims have already emerged that the lynching memorial is a racist project for failing to account for white victims. In answer to those who attempt to divide then and now, in the surviving photographs of these overt and public acts of extreme violence, which in some instances contained thousands of participants, are faces of American citizens who could feasibly still be living, or only recently deceased, heads of family, community members, voters, and indeed public officials. Their lives crossed and influenced countless others. They full well understood that the law of immunity, whether a norm-based amendment to the formal law or a background principle incorporated into formal law, was racialized: it protected whites who lynched blacks.

Perhaps the most lasting legacy of lynching is in the legal code it produced, and if it does nothing else, a lynching memorial should remind us that remnants of that code lie around like a quiescent virus, rendered potent, for example, in the repeated failures to hold police officers accountable for shooting unarmed black and brown men, women, and yes, children.

Margaret Burnham Cognoscenti contributor
Margaret Burnham is a member of the faculty of Northeastern University School of Law, where she heads the Civil Rights and Restorative Justice Project.