Denis was abandoned by his mother and raised by his impoverished grandparents in rural El Salvador. As a teenager, Denis began receiving threats from gang members who wanted him to join the gang. But he refused, preferring instead to spend time at church or working the fields for his family. As the threats escalated, he stopped going to school, where gang members would harass him.

At 16, seeking safety, Denis fled to the United States alone and afraid. One year later, in 2015, following a mundane verbal disagreement in his East Boston high school cafeteria — a disagreement that should have begun and ended in the principal’s office — Denis was incorrectly labeled a gang member.

Denis had no criminal record, nor had he been in trouble at school. But government prosecutors argued that Denis’s innocuous school lunchroom behavior, when coupled with his Salvadoran soccer jersey and his rosary beads, a gift from his grandmother, were clear indicators of gang membership.

Overnight, Denis went from high school student and dishwasher at an Italian restaurant, to immigrant detainee — an animal behind bars.

Quickly, Denis sunk into a deep depression. Shortly after Christmas, he told a social worker how he would wrap a sheet around his neck to end his life. After nearly a year and a half of fighting for his freedom in court, he gave up. Terrified of his fate, he was deported back to El Salvador.

President Trump’s use of the term “animals” isn’t just a flippant remark. It is policy. What began as a deeply offensive comment during a roundtable discussion with California lawmakers — “these aren’t people, these are animals” — has quickly become robust Administration doctrine. Seeking to explain Trump’s words, and to specify that he was referring only to Central American gang members, the White House communications office issued a 488-word statement, “What You Need to Know About the Violent Animals of MS-13,” that uses the pejorative term a jaw-dropping 10 times. It is a truly dangerous bellwether.

Denis was detained during the Obama administration; targeting of Central American youth has long been troubling. But President Trump has given permission to treat an entire class of people as less than human — a terrifying prospect that brings to mind Tutsis being derided as “cockroaches” in the years before the Rwandan genocide. Genocides are often preceded by the systematic dehumanization of groups of people, laying the groundwork for their subsequent eradication.

The White House’s vile rhetoric will also enable — indeed, ensure — the continued erosion of Central American migrants’ most fundamental rights. It, too, gives license to law enforcement to arrest, detain and prosecute them whether or not they have engaged in criminal conduct.

No one disputes that MS-13 members have committed disturbing acts of violence. But the politically expedient syllogism advanced by the Trump administration — all Central Americans are gang members, and all gang members are animals, ergo all Central Americans are animals — is problematic not only for the license to discrimination and violence it allows, but also because it’s not true.

Trump has remarked that the Obama administration had an “open door” policy for Central American children, which he ties to an alleged rise in MS-13 activity here in the U.S. But Carla Provost, the acting chief of Customs and Border Patrol, reported that of the 250,000 unaccompanied children apprehended since 2011, only 56 or 0.0224 percent, were either suspected or confirmed to be affiliated with MS-13. Hardly the picture painted by the rhetoric of this overzealous administration. 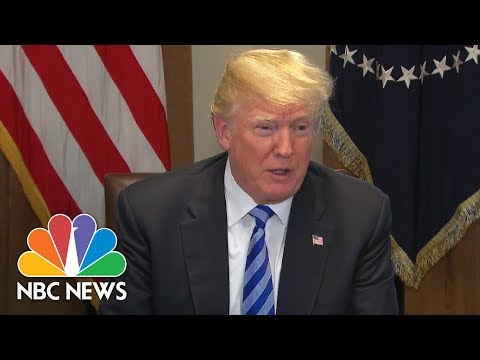 Unfortunately, stories like Denis’ — poor, young men of color from Central America, tagged, targeted, detained, and deported on the basis of spurious allegations of gang membership — are all too common.

A new report by the New York Immigration Coalition (NYIC) and the CUNY School of Law found that the Trump administration and the Department of Homeland Security are using ethnicity and nationality as pretext for surveilling, arresting, detaining and deporting Central American young people in large numbers.

As an ICE agent revealed to CBS news late last year, over classification of young migrants from Central America as gang members is intentional, “The purpose of classifying him as a gang member or a gang associate is because once he goes in front of an immigration judge, we don’t want him to get bail.”

Trump’s language is not new, but this administration’s confident embrace of such language as official policy is deeply alarming. Such rhetoric not only leads to the increasing criminalization and deportation of Central American migrants and refugees like Denis. It will also provide the post-hoc justification for violence, or worse, committed against this already vulnerable community.

After all, they’ll say, animals belong in cages.