I was at a friend’s birthday party this past spring. I got into a conversation about work with a woman who had just relocated to Boston to begin a residency at one of the hospitals. When the conversation moved to my profession, she said:

“This must be such a great time to be a journalist, right?”

I wasn’t sure how to respond with anything other than a vague smile. My writing has ranged from investigative reporting to penning essays like this one, which are inherently different enterprises. And while I understood what my new friend was suggesting — that the scandals and horrors of the Trump administration must be deeply satisfying to write about — what I didn’t have the heart to tell her is what being a journalist in the Trump era actually feels like.

It’s one step short of an existential panic attack.

On Thursday in Annapolis, the worst nightmare of any journalist who has ever received a threat from an aggrieved subject came to fruition. A 38-year-old man allegedly loaded a shotgun, blasted his way into the newsroom of the Capital Gazette newspaper, and proceeded to gun down journalists.

For now, the death toll stands at five people, with several more injured. According to the Baltimore Sun, the alleged shooter had filed a defamation lawsuit against the Capital Gazette after one of its columnists (who is no longer with the paper) covered a criminal harassment case against the shooter back in 2011. The suit boiled over into a long-running feud.

While the weeks ahead will reveal more about the massacre, what is immediately clear is that killings took place in a climate that is increasingly unsafe for journalists: a climate in which the Capital Gazette shooting feels less like a freak incident and more like a cloudburst after weeks of gathering thunderheads. And no person bears more responsibility for stoking the fires of this hostile climate than the president of the United States himself — a man who has called the news media "the enemy of the American people."

It began on the campaign trail, where Donald Trump would take the stage at his rallies and rage against the media to the point where journalists in attendance found themselves harassed by Trump fans and manhandled by his security staff. Trump’s central charge — that the mainstream media produces fake news to defame “real Americans” like him and his followers — was the equivalent of pouring a can of lighter fluid on a fire that had been smouldering for several years already. The explosion of partisan news networks in the 1990s and 2000s had triggered a slow landslide of antipathy towards big-name media brands like CNN and the New York Times.

What Trump did was embolden people who already held a grudge against the media to be more openly contemptuous. His promise to “open up libel laws” had already been preceded by an infamous libel suit against The Raleigh News & Observer in which the jury had awarded the plaintiff an unheard-of sum of $7.5 million in damages. And this was before Trump clinched the presidency and began using Twitter to excoriate any journalist or publication with the temerity to write critically about his administration. 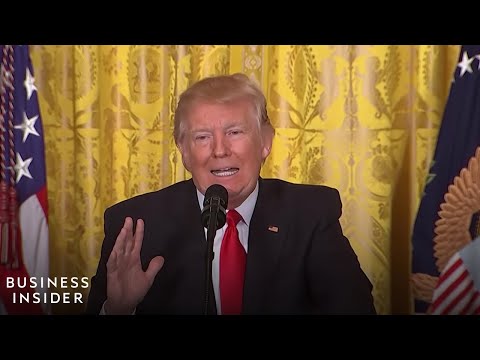 At first, the whole spectacle of Trump shouting “FAKE NEWS” felt bizarre, sad and sometimes darkly funny to behold. Last year, Trump seemed profoundly out of his depth: like a child who had waded too far into the deep end.

But now, with Trump firmly supported and enabled by the Republican Party — and more vocal about his disdain for the media than before — we’ve seen the effect of Trump’s rhetoric manifest as physical violence and violent threats against journalists.

Remember when House candidate and Trump ally Greg Gianforte body-slammed a Guardian journalist at a campaign event in Montana? Not only did Gianforte lie to the police about what sparked the incident, but he actually won the election and has faced no consequences for committing bodily assault.

...when someone guns down your peers in cold blood and the far right cheers, something inside you breaks.

More recently, just a few days before this week’s shooting, notable alt-right personality Milo Yiannopoulos contacted two news outlets and claimed that he wanted to see vigilantes “gunning journalists down on sight.” This was preceded by video taken from a Trump rally where one supporter told CNN’s Jim Acosta that the media would cause a civil war if it kept asking Trump “stupid questions.”

And then there’s the Internet.

To understand what journalists here are up against on their home turf today, know that within hours of the Capital Gazette shooting, users of Reddit, Twitter and 4Chan were celebrating the murders and calling for similar killings of “leftist journalists” at other media outlets. And understand that as horrifying as this sounds, it’s also the logical escalation of what many of us have been dealing with for years. If you cover politics for a living, reading hate mail to rule out legitimate threats against your safety can be a regular chore. If you’re a female journalist, the death threats are often paired with rape threats. Again, this has been happening for quite some time.

But when someone guns down your peers in cold blood and the far right cheers, something inside you breaks. You realize that the stories you sought to amplify as a journalist — stories that question unchecked power, from the streets all the way to the White House — are stories that a lot of people in America not only don’t want to hear, but want to kill. And when the president of the United States encourages his followers to antagonize journalists by painting targets on our backs, you start to wonder how much longer you can keep doing this.

If I could go back to that party and step back into that conversation with the young doctor, I’d tell her the truth about being a journalist in the Trump era.

Some of us aren’t going to make it through.