A Note From The Editors

President Trump derided the news media as the “enemy of the American people” not quite one month into his presidency.

Since then, his disparagement of the press has only grown in its volume and intensity. Rarely a day goes by without the president calling journalists and their news organizations “fake news.” His attacks have made an impression: According to a recent Quinnipiac poll, a majority of Republicans (51 percent) now regard the media as “the enemy of the American people.”

The Boston Globe put out a national call, asking editorial boards to write and publish pieces denouncing the president’s vitriol. "We are not the enemy of the people," said Marjorie Pritchard of the Globe. Some 350 news organizations responded.

For Cognoscenti's contribution, we turned to a handful of our most seasoned and trusted contributors, whose varied life experiences — as journalists, authors and Constitutional scholars — offer a range of perspectives and ideas.

We hope you do, too.

When Trump Says ‘Enemy Of The People,’ This Is What He Really Means

After the French Revolution, the government used the term “Enemy of the People” to dismiss the dissidents they sent to the guillotine. Joseph Goebbels used it to describe the Jews he murdered, and Joseph Stalin used it to characterize the millions he imprisoned and killed.

When Donald Trump refers to the press as “an enemy of the people,” he means what all the tyrants he admires mean by the phrase: An Enemy of Me.

What makes his assault on those who present evidence that runs counter to his preferred narrative especially dangerous is that we’re already living in an era when, as Kurt Andersen notes, “Facts are a matter of personal preference.” Social media filter bubbles are populated with the real fake news generated and spread by venal confabulators like Alex Jones and the barely less human bots and trolls that bathe in his sputum. Airwaves are clogged with the repetitive hawking of pundits on both ends of the political spectrum belaboring their sometimes tiny points.

Real journalists — reporters who value facts above their own opinion and validate their sources, people who doggedly, systematically labor to simply tell the truth — they are our first and best defense against demagoguery.

And if their personal convictions tend to be more liberal than those of the population as a whole, perhaps it’s because they are exposed to a wider diversity of people and experiences than most of us. It’s reality, not ideology, that leads them to where they reluctantly stand, at the front lines, just where we need them.

Julie Wittes Schlack is a writer and innovation specialist.

The President’s Attacks On The Press Are Dangerous

For most of our history, the First Amendment did not mean much. As a matter of original intent, the freedoms of speech and press were narrow. Beginning in the early decades of the 20th century, however, the rights blossomed. Justices Oliver Wendell Holmes Jr. and Louis Brandeis wrote a series of Supreme Court opinions describing the importance of a robust and well-protected right to speak, publish, think, argue, persuade, emote and inquire.

We currently enjoy a speech right that is the most expansive in the world, at any time in history.

Those rights have been cultivated for a century now. We currently enjoy a speech right that is the most expansive in the world, at any time in history.

The right is protected not only by law but by cultural norms. These norms include notions of respect for other viewpoints and of the importance of honest public debate. We assume our discussions over time will lead us closer to truth. We celebrate journalists and thinkers. We urge disclosure. We expect public figures to have thick skins.

President Trump’s attacks on these norms are dangerous. His attacks on journalists, on people who disagree with him, and indeed on the very concept of facts go to the heart of our democratic life. He’s the biggest snowflake in America.

Kent Greenfield is an expert in constitutional law, and a professor at Boston College Law School.

Looking To Turkey As A Cautionary Tale

I took this photograph in Gezi Park, off Istanbul’s Taksim Square, on June 5, 2013.

When protesters from across the political and cultural spectrum converged on the city’s last bit of green to protest the increasingly right-wing policies of Recep Tayyip Erdoğan, our vacation suddenly turned into a reporting challenge that would draw on my experience as both cultural critic and human-rights columnist.

With its burned-out police vans, ramshackle barricades and improvised stages, Taksim Square resembled a scene out of “Les Misérables.” I spent several days reporting among tear-gas-dodging, pan-banging, imprecation-hollering, we-shall-not-be-moved activists and heavily armed soldiers as they amassed, drew lines and seemed ready to shut the whole business down at a moment’s notice.

It was electrifying, and it seemed unlikely to end peacefully. Newspapers around the globe covered the uprising, which quickly spread across Turkey. Eight people had been killed by the time it sputtered out a few weeks later.

It’s so uncomplicated, the connection between freedom of expression and freedom of the press ... Yield either to a demagogue and lose everything.

Since 2013, the Turkish electorate has bent inexorably to Erdoğan’s will (at least, that is, until the economy collapsed). Turkey leads the world in jailing journalists, especially those who refuse to carry water for the president. He calls us, the media, “gardeners” cultivating terrorism.

As Donald Trump’s base rallies around him and his carcinogenic view of the Bill of Rights, I find myself often thinking about that elegant, resonant sign in Gezi Park: I AM HERE FOR MY FREEDOM OF EXPRESSION. It’s so uncomplicated, the connection between freedom of expression and freedom of the press, ideas so basic they’re conjoined in the First Amendment. Yield either to a demagogue and lose everything. All you need to do is look across the ocean.

Jeremy Gerard is a journalist and author.

Without A Watchdog Press, There Is No Democracy

My theory of Donald Trump’s relationship with the press hasn’t changed in the 20 months of his presidency: He still thinks of himself as a celebrity, and he expects the media to act accordingly. This is the world he came from, and frankly, it’s kind of gross: Celebrity and reporter carry out an unspoken arrangement in which celebrity trades “access” for reporter’s agreement to never ask a difficult question. In addition, reporter presumes — or, at least, pretends — that whatever the celebrity is plugging at the moment is wonderful, high-quality, or at least on-brand.

The political press is a different beast: trained to cynically question every action and its motives, to seek out leaks that illuminate what’s happening behind the scenes. Few politicians like that, at least not all the time. But most understand that the press is an essential check and balance — and that without it, there’s no Watergate, no exposure of federal officials who skim off taxpayer dollars for airplane rides, no check on corruption in cities and state houses across the country, no exposure of the pain that ill-conceived policies can cause.

Trump wants a fawning celebrity press in the White House briefing room, there to publicize his reality show without scratching too hard at the details. We’re already watching that show every day, and let’s be honest: It can be pretty entertaining, if you’re into guilty pleasures. But without a watchdog press, it’s not democracy.

Joanna Weiss is a writer and the editor of the forthcoming Experience magazine.

Trump's Recent Outburst Against The Press Was A Bridge Too Far

Aug. 5, 2018 was just another day in Trump’s America, with an early morning sucker punch to the First Amendment and our free press.

Point blank attacks like these have not gone unanswered; unprecedented rebuttals from news anchors and front-page editorials followed his Oct. 11, 2017 statement, “It is frankly disgusting the way the press is able to write whatever they want to write.”

But it seems as though that Aug. 5 outburst was a bridge too far. A few days later, the Boston Globe put out a call for newspapers to join them in publishing editorials to reject Trump’s corrosive lies about their integrity and defend the essential role they are meant to play in a free society. Hundreds got on board.

With numbers like that, it’s not so easy to shrug this off as a gesture that will only fuel the wrath of Fox News and the MAGA-cap crowd as proof of the conspiracy by “anti-Trump haters” in the “fake, fake disgusting news.” I expect to see it featured in talking points and fundraising pitches by the Republican Party, which is increasingly indistinguishable from the alt-right. 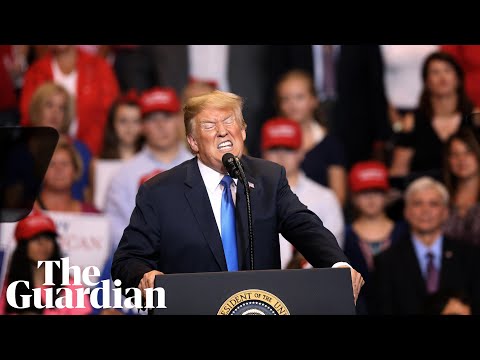 But I say hooray and hope this extraordinary act of solidarity will strengthen the press’s commitment to protecting the United States Constitution (and human decency) against the huckster-in-chief and his ghoulish band of enablers.

Anita Diamant is a journalist and author.

Who’s The Real Enemy Of The People?

America’s Founders deemed it an impeachable offense when a public official despised the republican values for which rebelling colonists had died. Among those values, enshrined in the Constitution, is a free press.

Donald Trump’s relentless attacks on the media are of a piece with his trashing other republican institutions, among them the independent judiciary (his own Supreme Court nominee, Neil Gorsuch, called him out on that) and law enforcement (his own attorney general included).

When Trump trolls attack the media as “snowflakes” (an interesting term of disparagement, given that white is their favorite color), they ignore this broader context. They also don’t care that Trump isn’t just exercising free speech but also flirts with incitement to violence.

The Constitution the president swore to “preserve, protect and defend” is premised on a republic. His disdain for the press, confirmed by his 3,200-plus lies and misstatements since taking office (another impeachable offense for the Founders), and his disregard for republican institutions show that he was in violation of his oath of office the moment he finished uttering the words.

Rich Barlow is a regular contributor to Cognoscenti.

Anita Diamant Cognoscenti contributor
A Boston-based journalist and author, Anita Diamant has written 13 books, including the bestselling novels, "The Boston Girl" and "The Red Tent," which has been published in 25 countries and 20 languages.

Jeremy Gerard Cognoscenti contributor
Jeremy Gerard is a widely published critic and reporter on culture, politics and human-rights issues. He has been a staff writer at Bloomberg News, New York magazine and the New York Times.

Kent Greenfield Cognoscenti contributor
Kent Greenfield is a professor of law at Boston College Law School. A former Supreme Court law clerk, he is an expert in constitutional law and corporate law. His work has been featured in The New York Times, The Washington Post and The Atlantic.