He’s in. Former vice president Joe Biden kicked off Thursday by announcing that he’ll compete for the Democratic Party nomination in 2020.

This doesn’t exactly warrant exclamation points. Early polls identified Biden as the popular front runner of the primary before his candidacy was confirmed (though he’s lost ground to Bernie Sanders in the past few weeks.) 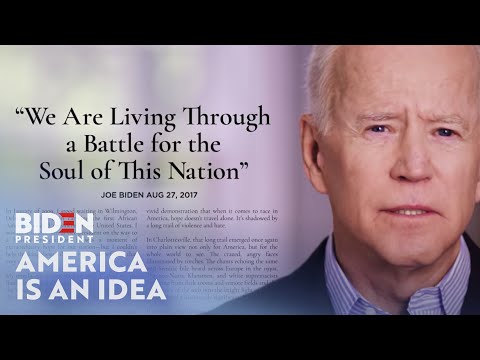 And as a senior figure in the party, Biden has access to capital and endorsements that grassroots candidates could only dream of. This won’t be Biden’s first run for president — it’ll be his fourth! — but he’s arguably never had this much public goodwill and resources within reach. Of course he was going to run.

But none of that means Joe Biden can actually win — or carry out the duties and reforms that a post-Trump presidency will necessitate.

Biden’s record as a politician is out of step with the principles of younger and more progressive voters who are slowly taking control of the Democratic Party and pushing the 2020 discourse to the left. Biden made it harder for college students to refinance their loans — and now, Elizabeth Warren wants to wipe out those loans. Biden also wrote the infamous 1994 crime bill that led to mass incarceration of black men and he hasn’t yet apologized for it — meanwhile, Sanders has proposed granting voting rights to the incarcerated and reducing the number of prisoners held on bail.

And of course, there’s the Anita Hill hearing. As the Senate Judiciary Committee chair who presided over Hill’s testimony that Supreme Court nominee Clarence Thomas had sexually harassed her, Biden refused to bring forth additional witnesses who could have vouched for Hill’s credibility. Hill was grilled by a hostile all-male, all-white committee that dismissed her testimony. It took Biden 28 years to make an overture directly to Hill. She didn't hear an apology.

Biden’s record should be of concern to an electorate that’s more aware of how sexism, racism and class inequality manifest in American society and ruin people’s lives. The man who currently occupies the Oval Office is a testament to how these forces have metastasized. And the one thing that might absolve Joe Biden of his most problematic decisions would be his ability to recognize Donald Trump as the logical conclusion of systemic inequality, oppression and hate-mongering.

But that’s not the thesis that Joe Biden offered in his 2020 campaign launch video. Instead, Biden suggested if Trump is defeated, we’ll soon look back on his reign as “an aberrant moment in time.”

This presumption is what disqualifies Joe Biden from the presidency. It demonstrates a fundamental misunderstanding of American history. Early in his launch video, the former VP opines that America has never strayed too far from its values of democracy and liberty for all — and that Donald Trump’s presidency signals an unprecedented surge of America’s most toxic elements. Biden cites the 2017 white supremacist invasion of Charlottesville, Virginia and Trump’s refusal to condemn the neo-Nazis as evidence that we’re living in unprecedented times.

But try telling that to low-income families of color who’ve been pulled apart by more than a century of brutal and racist policing practices that most white people will never suffer. Try telling women who’ve endured sexual assault and been utterly failed by not only our justice system but sometimes their own communities. Or, thinking about the specific voter demographics that Biden will have to win, consider how Biden’s message will land with millennials and Gen Z’ers — young people who’ve grown up amidst a growing roar of xenophobic and hateful messaging from not only white supremacists like Richard Spencer and the rogues gallery at Fox News, but from the Republican Party itself.

If Joe Biden could acknowledge that we’ve been creeping toward a presidency like Trump’s for a long time — and that he, himself, helped point us in this direction by using his power as a congressman to silence a woman who challenged power, and to exacerbate racist criminal justice policies — the case for his 2020 candidacy wouldn’t be quite as weak. But if Biden won’t even reckon with how we got here, how can we expect him to fix things once Trump is gone? Or to prevent Trump 2.0 from rising in 2024?

I get it. For a lot of us, Joe Biden is a familiar granddaddy who represents an era that liberals and moderates enjoy harkening back to — especially when Trump does embarrassingly narcissistic stuff like summoning the CEO of Twitter to the White House so that he can rant about his follower count. Biden represents a seemingly simpler era where "decency" prevailed. But that’s a privileged and revisionary summation of the Obama-Biden years. Many of the same people who’ve suffered under Trump’s presidency were hurting then, too. Ultimately, we didn’t care as much because our “team” was in charge. We can’t make that mistake again. We can’t let nostalgia guide our conscience in the voting booth.

Not only could that lose us the 2020 election, but we may also lose sight of a better future for all.