Chances are that if somebody had asked you a year ago who the mayor of South Bend, Indiana, was, let alone how to pronounce his last name, you would have been as lost as the rest of us. As of this writing, though, Pete Buttigieg was polling fifth among Democratic candidates, and most people following the news know that his last name is pronounced BOOT-edge-edge.

It’s not just Buttigieg. Perhaps you saw the viral video of Hasan Minhaj gently, but firmly, teaching Ellen DeGeneres how to pronounce his name. Maybe you read Lulu Garcia-Navarro's response to readers who noticed NPR hosts and correspondents going for the original pronunciation of proper names. Or perhaps you came across Laura Ingraham and her guest mocking Alexandria Ocasio-Cortez for doing the “Latina thing” by using her two last names and pronouncing her name the Spanish way. As these examples suggest, the conversation on how to pronounce non-English names has entered the mainstream. 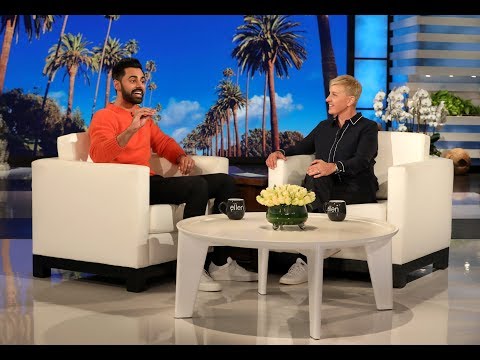 I welcome the conversation, and not just because I have been called anything from Rodolfo to Rodrigo, Roberta or even José. Rather, it is because it brings attention to the one domain where it is critical that we make an effort to get people’s names right — education.

The United States is a multilingual country in spite of its monolingual mindset, and so are its classrooms from daycare all the way to the most advanced degrees. We do not have adequate instruments to measure multilingualism. We have self-reported language proficiency data from the census; we know that roughly 10% of K-12 students are English language learners; we have enrollment numbers for languages at different levels of the educational system. But from those resources, it would be hard to guess that the United States ranks fifth worldwide for number of languages spoken with over 300 languages.

When we say multilingual, we should also say multicultural and multi-ethnic. Most of this language diversity comes from Native Americans and first- and second-generation immigrants. When teachers, administrators, or professors mispronounce student names, it is most often the names of language minorities and people of color, who are already at the short end of systemic inequalities in education. There is evidence that mispronouncing student names further contributes to lower self-esteem, internalized prejudice about their families' languages and cultures, and lower academic performance for English language learners.

If this sounds like PC-culture running amok to you, consider that education has been historically a primary channel through which to socialize minority groups — Native Americans, African-Americans, Mexicans in the Southwest and every wave of immigrants in the 19th and 20th centuries — in the dominant Anglo-American values, while suppressing their languages and ethnic identities.

How we approach non-English names in education speaks volumes about the Anglo-centric bias in our educational system.

What’s in a name, in the proverbial phrase, is not just the sounds of another language, it is also a set of naming conventions and a sense of connection to an ethnic identity. How we approach non-English names in education speaks volumes about the Anglo-centric bias in our educational system.

When a teacher assigns students English names arbitrarily, a graduation announcer makes light of their inability to correctly pronounce a foreign-sounding name, or a kid cannot recognize their name during roll call, all of which are examples recorded in a study by Rita Kohli and Daniel G. Solórzano, the message is that those languages and cultures are less valuable. Conversely, when a teacher takes the time to learn to pronounce their students' names, they are modeling respect and inclusiveness. Students are listening: if the teacher cannot be bothered to learn how to say X’s name, why would the rest of the class?

To be sure, we cannot expect teachers to be fluent speakers of even the most commonly encountered minority languages in their classroom. Wouldn’t it make more sense to Anglicize whenever possible? There are two problems with this common counter-argument. For one, it is perfectly compatible to have English as the only medium of instruction and to pronounce a student’s name correctly. I promise you it does not require polyglot abilities to do so. Moreover, we know that students do better when they can lean on their previous knowledge, including their other languages, so the idea that by diluting all traces of other languages we are helping has little basis.

Do not make light of names, or say a name is difficult to pronounce.

More importantly, the threshold is not perfect, native-like pronunciation, itself a problematic term. What we need is an ethics of multilingualism, to borrow a phrase by my colleague Yuliya Komska, whereby we make a good faith effort to value the language practices of non-dominant groups and to understand the language barriers language minorities face.

What can educators do then? For starters, find out how to pronounce students’ names. Ask their parents, ask your students, ask Google. Pledge to respect how your students want to be called through initiatives like My Name, My Identity. Yes, that includes Chinese students who prefer to go by their English name. If that is their preference, follow their lead. Do not make light of names, or say a name is difficult to pronounce.

This is why a public conversation about correctly pronouncing Julián Castro, Buttigieg, Kamala or Hasan Minhaj matters: It models respect for the many other languages in our communities. Maybe, as a result, more students with non-English names will proudly walk to the stage and raise their hands during roll calls when they are called by their names.

Roberto Rey Agudo Cognoscenti contributor
Roberto Rey Agudo is Language Program Director in the Department of Spanish and Portuguese at Dartmouth College and a 2018 Public Voices Fellow with The Op-Ed Project.