What does it mean to be an American? That’s the simple but profound question we should be asking ourselves this July 4th. Thanks to the freedoms enshrined at our nation’s founding, every American gets to answer this question in his or her or their own way.

But the manner by which we became Americans isn’t a matter of opinion. It’s a matter of historical fact. It has to do with our familial and historical legacy. Most African-Americans alive today, for instance, became “American” because their forebears were brought here in chains and enslaved.

Most of the rest of us are U.S. citizens because our forebears came to this country as immigrants, seeking relief from persecution or poverty. All of them absorbed the suffering of dislocation, along with privation and prejudice, so that their descendants (that’s us, folks) could have a better life.

[Trump's] message to his followers isn’t just incompatible with the true meaning of July 4th. It is antithetical to that meaning.

So a big part of what it means to be an American is that we’re privileged. We didn’t do anything to earn our democratic liberties and one the highest living standards on Earth. We were born lucky. The invisible price of that luck is the sacrifice of those generations who absorbed the suffering inherent in immigration.

As Americans, we now find ourselves in a curious dilemma. The president of the United States — a man who holds office despite having lost the popular vote by nearly three million votes — is hoping to convert our national birthday into a political event. He is planning to give a speech on the steps of the Lincoln Memorial on July 4th.

This unprecedented event will cost the public millions of dollars, money that the president, judging by his Inauguration debacle, is unlikely to pay back. It will also earn him millions of dollars personally; the hotel he owns (one located on federal property) is already sold out for the holiday.

We should send an unmistakable message to the president and his enablers.

The most disturbing aspect of all this isn’t the naked greed or egotism or partisanship of his plan. It’s the simple fact that this president’s ideology is predicated on the persecution of immigrants.

His entire campaign was based on the galvanizing fiction that good and decent white Americans are under siege by immigrant hordes. His message to his followers isn’t just incompatible with the true meaning of July 4th. It is antithetical to that meaning.

You don’t have to take my word for it. No less a patriot than George Washington recognized that America would be made great by welcoming “not only the opulent and respectable stranger, but the oppressed and persecuted of all nations and religions.” The rigors of the immigration process, in his view, acted as a quality control filter, insuring that new Americans were precisely the sort of intrepid, ambitious people who would fuel our national expansion.

What’s most galling about the president’s plan is the simple fact that he and his regime are the authors of the humanitarian atrocity unfolding on our southern border, one in which migrant families have been ripped apart, migrant children have been abused and died in U.S. custody, and in which too many children are living in conditions of unconscionable squalor and neglect.

Lawyers who visited these children in a Border Patrol facility, in Clint, Texas, were shocked to find them sleeping on concrete floors, many beset by flu and lice, without access to soap and water. 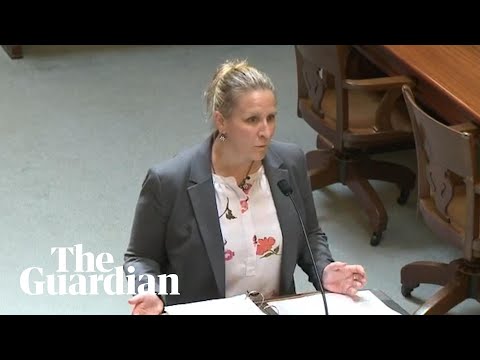 To put it more plainly, these children are being traumatized on a daily basis.

And in the midst of this humanitarian crisis, the employees of our current administration are not seeking a remedy for this suffering. No, government lawyers for the Department of Justice — whose salary we pay — are arguing that these children do not need soap or blankets.

In the past two and half years, Americans of good faith have seen many disturbing actions on the part of this president and his regime. But none is as sickening as this institutional sadism. 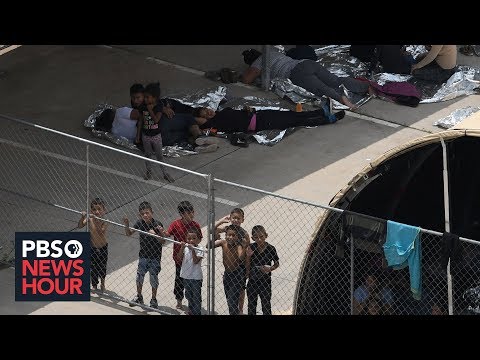 It should offend the conscience of every human being that one of the wealthiest nations in the history of the world, a nation founded on immigration, would treat any person, let alone any child, in this way.

But we should do more than be offended, or simply boycott the holiday, as some are considering. We should offer help to families and children suffering in detention. And we should send an unmistakable message to the president and his enablers by peaceably assembling on July 4th to protest the inhumane treatment of migrants (and especially children) along the border. These gatherings should consist of more than a giant Baby Trump balloon; they should allow American citizens to protest the gravity of this administration’s sins.

The point of such rallies wouldn’t be to dwarf the narcissistic pageant our president intends to throw for himself. It would be to honor the essence of our national legacy: The immigrants in our past whose sacrifice made us Americans, and those in our present who deserve not just a bar of soap or a towel, but the same sacred opportunity for their children.

Steve Almond Cognoscenti contributorSteve Almond is an author. His new book,  “All the Secrets of the World,” comes out in April 2022. Find him on Twitter @stevealmondjoy.