On the eve of World War II many parents faced an impossible choice: stay with their children as the Nazis closed in, or send them off, to take their chances on their own. The goodbyes would be the last time those daughters and sons saw their moms and dads, many of whom were murdered. More than 10,000 children made it to England and other countries as part of the kindertransports or children’s transport, a life-saving program.

Today there’s a new kind of kindertransport needed, one that focuses on reuniting separated children and their parents. In war-torn places around the world, mothers and fathers have sent their children away, with the hope that they can survive and find safety. 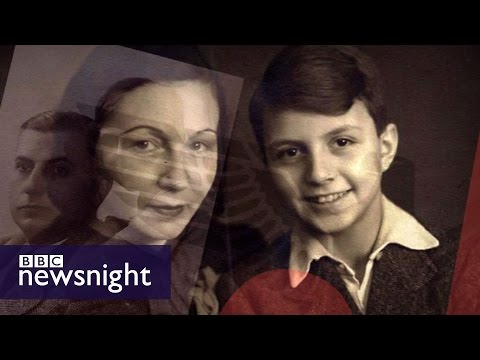 Take Hefzur, an unaccompanied Rohingyan refugee minor. He remembers when his mother put him on a boat to escape the genocide enveloping their home in Myanmar. Now in Michigan, he’s learned that his mother is alive and he wants more than anything to reunite with her.

Hefzur is just one of thousands of refugee children now separated from their parents. With more people displaced by war, conflict and persecution than at any other time — some 70 million — the need to reunite these children with their mothers and fathers has become increasingly acute.

The new kindertransports would focus on these reunions, which is exactly why the organization I lead, RefugePoint, is increasing its efforts to do just this in collaboration with the UN Refugee Agency and other partners.

We recently sent a child protection expert to northern Iraq to help unaccompanied children among the Yazidis, a group targeted for genocide by the Islamic State, reunite with surviving family members in Canada. We've helped hundreds of children reunite with their parents, including Emad, who is pictured above. At least thousands of such reunions are needed across the world, including in the United States. RefugePoint is currently hiring and deploying child protection experts to find and conduct the necessary best interest procedure assessments for unaccompanied children in many desperate situations, and train other organizations to do this, too.

But the Trump administration recently set the lowest refugee resettlement number in the program’s nearly 40-year history — just 18,000, for 2020. This is a devastating blow to parents and children who need so desperately to reunite. The policy change will likely prevent Hefzur from reuniting with his mother in the U.S., as well as thwart so many other possible reunions.

The Trump administration did not consult with Congress on its proposed resettlement ceiling, though it is required by law to do so. Even Sen. Lindsay Graham (R-SC), an ardent supporter of the president’s, reminded Trump of this fact in a recent bipartisan letter.

Will we ... allow our government to deny and crush the most instinctive and necessary of human relationships, the bond between a parent and child?

Republican and Democratic national security leaders have asserted repeatedly that the refugee resettlement program has the most stringent security checks and is secure. Moreover, it is an important foreign policy tool to support countries on the front lines of the fight against terror.

In explaining its reasoning, the administration said it needs all available resources to address the migrant crisis at our Southern border, and that it has leveled the resettlement program for financial reasons. But this is a mendacious and deceitful claim that conveniently overlooks the facts: Nearly 40,000 refugees across the world have already been interviewed and approved to come to America by the administration’s own Department of Homeland Security. This decision brutally and unconscionably reneges on a commitment we’ve already made to some of the world’s most vulnerable people.

Even worse, it will keep children separated from their families. The U.S. government must change course — and set a higher resettlement ceiling, that is in keeping with what we’ve done for four decades, and more reflective of global needs.

I know what it means to reunite children with their parents.

It means a father in Vermont embracing his 8-year-old son for the first time in years, rolling on the airport floor with him and whispering, “I’m sorry, I’m sorry.”

It means a mother who had given her daughter up for dead, holding her for the first time at John F. Kennedy Airport in New York.

It means three brothers, tentatively holding flowers, as their mother — who had been reported dead — comes down the escalator in Louisville, Kentucky’s airport. The cheers of the crowd on hand, which you can watch in the video below, demonstrated that everybody understood the enormity of the moment.

It means a 10-year old boy, who fell asleep for most of his life staring at his mother’s photo on his bedside table, seeing his mother for the first time in years. When she emerged, miraculously, from the war zone in South Sudan and finally reunited with her son in North Dakota, she told me, “the thought of reuniting with my son kept me alive through the hardest times. Now my life is complete.”

Will we — you and I — decent human beings, allow our government to deny and crush the most instinctive and necessary of human relationships, the bond between a parent and child? Because that that is exactly what these drastic cuts to the refugee resettlement program mean.

Reunions weren’t possible for the Nazis’ victims in World War II. But today the fate of many separated mothers, fathers, daughters and sons are — devastatingly it turns out — in America’s hands.

Sasha Chanoff Cognoscenti contributor
Sasha Chanoff is the founder and CEO of RefugePoint, a humanitarian organization that finds lasting solutions for the world's most at-risk refugees and supports the humanitarian community to do the same.