These are just a few words Deval Patrick did not say in his presidential launch video: Bain Capital, Texaco, Coca Cola and Ameriquest. We will be hearing a lot more about the private equity firm, the oil company, the beverage giant and the subprime mortgage lender from Patrick’s Democratic rivals in the weeks ahead if the former Massachusetts governor’s 2020 campaign lasts that long.

Patrick introduced himself to the nation on Thursday just as he did in 2006 to voters in Massachusetts — as the embodiment of the American dream. From his grandparents’ two-bedroom tenement apartment on the South Side of Chicago, Patrick worked his way through Milton Academy, Harvard College and Harvard Law School to the upper echelons of corporate America, which — in a feat of understatement -- he described in his announcement video as a private-sector turn in “business.”

Sens. Elizabeth Warren and Bernie Sanders are unlikely to characterize his corporate history quite so benignly.

If the past is prologue, Patrick can expect to be attacked by activists and political rivals — as he was in his two campaigns for governor — for enriching himself in the service of corporate interests that discriminated against African Americans, engaged in predatory lending practices, and exploited workers and the environment in impoverished South American countries. 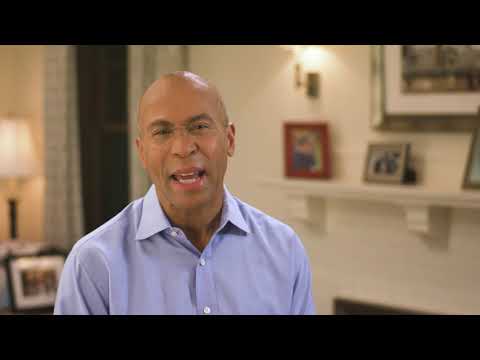 The current Democratic field, Patrick told "CBS This Morning," is caught between “nostalgia” — presumably a reference to former Vice President Joe Biden — and candidates committed to “our big idea or no way” — clearly a shot at Warren and Sanders. “Neither of those seizes the moment,” he said.

At a time of deep and widespread anger — and not just on the left — about income inequality and corporate influence in Washington, a former governor who left public service five years ago to become a managing director of Bain Capital, a private equity firm co-founded by 2012 GOP presidential nominee Mitt Romney, is the putative savior of the Democratic Party?

Let’s take a moment, shall we, to review Patrick’s corporate employment history.

Patrick was the head of the U.S. Justice Department’s Civil Rights Division under President Bill Clinton when Texaco Inc. agreed to pay a record $176.1 million to settle a racial discrimination suit filed by its black employees. After he left that post for a Boston law firm, he served on a court-appointed task force to oversee implementation of the settlement. Texaco hired Patrick soon thereafter as vice president and general counsel, making him its highest-ranking black official at a moment it desperately needed to polish its public image. His critics also challenged his work for a company then accused in a class action suit of contaminating the groundwater in the Amazon rain forest in Ecuador. Texaco denied wrongdoing and the plaintiffs lost that case.

He also came under fire for his work as an executive at Coca Cola from 2001 to 2004, a period when the company was accused of complicity with labor violence at its bottling plants in Colombia. He resigned, he said, when company officials refused to authorize an independent investigation of the allegations.

Arguing that change is best accomplished from the inside, Patrick told the Boston Globe during his first gubernatorial campaign in 2006 that he had no regrets about his corporate career. “I’ve fixed hard problems of all kinds, civil rights and business problems,” he said. “It's the stuff I like to do, and I'm good at it, as a matter of fact . . . and I never left my conscience at the door.”

He did concede to me in 2007 that he had made “a stupid mistake” when he intervened on behalf of the owner of Ameriquest Mortgage. Despite the fact that the state did business with Citigroup, Patrick called a top company executive — former U.S. Treasury Secretary Robert E. Rubin — to urge him to provide financial assistance to the owner of the faltering company that offered high-interest loans to poor people who could not have secured a mortgage from a traditional bank. A week after his call, Citigroup extended a line of credit to the owner of the predatory lender that had paid Patrick $360,000 for two years when he was on its board of directors.

If the past is prologue, Patrick can expect to be attacked by activists and political rivals...

Did the political geniuses advising Deval Patrick not think about that misguided phone call when planning his campaign launch for the same week that impeachment proceedings, triggered by a reckless phone call, began on Capitol Hill against the president of the United States?

Eleven months ago, Patrick had ruled out a presidential run. "As [my wife] Diane and I reflected on it, there's no way around the fact that the process is cruel," he told Bob Oakes on WBUR. "And though she and I were prepared for that, I think we realized that it was going to draw in and affect people we loved who were not necessarily prepared for that or signed up for that."

The process has not gotten any gentler in the last year, governor, and all the soaring rhetoric for which you are rightly celebrated is not going to obscure a corporate record that does not — to borrow a phrase — “seize the moment.”

Eileen McNamara Cognoscenti contributorEileen McNamara teaches journalism at Brandeis University. The author of a biography of Eunice Kennedy Shriver, she won a Pulitzer Prize as a columnist for The Boston Globe.