The past few weeks have made me reflect on my part in keeping racism alive in America. Bottom line: It’s too easy is for me to turn away when I’ve had enough.

When I get weary of the screens filled with violence, grief and rage, of the posts and tweets and harangues, I have a safe home, work, savings, friends and family ... I can feel better.

All I need to do is turn away. This freedom, so simple, so unconsidered, so reflexive when I’m overwhelmed, is one hallmark of my white privilege. It may also be the existential ground on which the current possibility for reform will either bear fruit — or fall dead like sleet-killed blossoms.

I am unimportant as one person. But multiplied by many, my turning away is the casual gesture that can kill a moment and a movement. So, I must not. Yes, I can take a break, and catch my breath and shield myself from over-traumatization enough to keep going. But if I am really going to help the nation arrive somewhere better, I must agree to feel uncomfortable.

If together we want to grab this extraordinary moment and carry it toward social justice, we all have to agree to do things that make us feel uncomfortable. Not every second; but enough to make a difference.

I am unimportant as one person. But multiplied by many, my turning away is the casual gesture that can kill a moment and a movement.

Here’s one tiny personal example. Though I am politically active, I try never to make phone calls for political candidates. It makes me anxious and uncomfortable. But this past weekend, I knew I had to do it.

A Congressional candidate I admire, Carolyn Bourdeaux in Georgia, had her primary this week (according to the latest results, she leads by a wide margin and will advance to the runoff). We know that election day in Georgia was once again marred by long lines and malfunctioning voting machines. It was another instance, in a long list, of the state’s problems with voter suppression. When she spoke to supporters last night, she mentioned a voter who had called her at 7:30 in the morning — he’d arrived at his polling place, only to find there were no voting machines.

But many new voters had registered, and research shows they’d be more likely to vote if they received a reminder call. The Georgia elections, after all, are bigger than a single candidate: If enough new and old voters cast ballots statewide now and in November, and overcome the powerful voter suppression in place, Georgia could go from purple to blue.

So I signed up and called, and felt uncomfortable almost every minute. Except for one. And that one call reminded me how much I lose when I turn away.

Maybe an hour into my effort I dialed a number and an older woman answered.

“Hello,” she said, “Who are you and why are you calling?”

I gulped. “I am Janna, and I am calling to ask you to vote for Carolyn Bourdeaux for Congress on Tuesday.”

She was not pleased, “All you political callers are so intrusive. I get texts, I get calls. I am tired of the intrusions.”

I felt embarrassed and jumped off the script. “I am really, really sorry. I know. I don’t like them either. And here I am intruding on you. It’s just because I really love Carolyn, and I think she will help make things better if she wins.”

She paused and then continued, “I am with my granddaughter shopping ... I am African American. Carolyn came to my church two times. I love her too. I am going to vote for her.”

“Thank you,” I said, “Thank you so much.” And then, without thinking too much about it, I spoke my heart, “I am so sorry for all our country is doing and has done that is so wrong. I am sorry for the hardship it causes.”

“Oh, my goodness,” she said. “Bless you.” She paused and then continued. “I never answer the phone when I’m out. My granddaughter told me to answer the strange number, and now I know why. Bless you. Bless you.“

“Bless you,” I whispered back, trying not to burst into tears. We said goodbye; and my calling shift ended.

I am certain I will dread making the next set of phone calls. But I will try to stay with my discomfort — and not turn away on those many occasions when no one who answers offers such a generous response.

If you will try too, here are some thoughts.

First, even if you believe you are not “political,” this is a crucial moment to help elect a president, senators and members of Congress, as well as state legislators, governors and mayors, who are not only opposed to white supremacy, but are actively anti-racist. Support candidates who will work to dismantle racism, create a more restorative, equal justice system and who understand that we must re-create a robust middle class. Give what money you can to groups fighting for social justice and against voter suppression. Make phone calls, text, write postcards particularly for swing states. 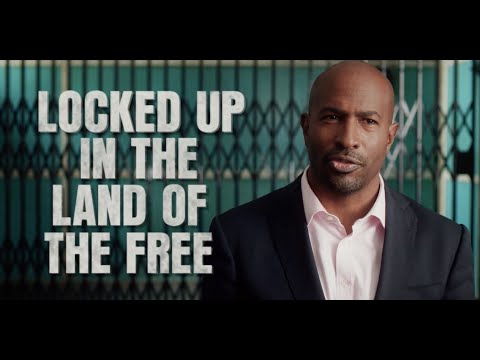 Second, read about the economics of American slavery and racism. Even if the books or articles are difficult, and the effort wearying. Try to learn about how 400 years of slavery and structural racism, together with the “industrial” prison system, have systematically trapped, beaten down and impoverished African Americans. History — as most of us were taught in school — has white-washed our real past.

There are so many options to choose from, but “The Warmth Of Other Suns” by Isabel Wilkerson and Ava DuVernay’s documentary “13th" are two places to start. There's also “The Half Has Never Been Told” by Edward E. Baptiste, about slavery and American capitalism; and “New England Bound” by Wendy Warren, which looks at the institution of slavery in the northern colonies. And when public health permits, I’d recommend visiting the National Museum of African American History and Culture.

Third, listen to what our fellow African American citizens are trying to tell us, even when it feels uncomfortable. Listen to new-to-you ideas that are unsettling.

If you try not to turn away, it will help me to keep trying, too.