I have been struggling lately with how to best live my life. How do I balance the needs of my young children, my husband, my parents and brothers, friends, my work and my personal interests? Could I make things better where I am? Or do I need to make the hard decision to leave? The continuing pandemic has made priority-setting feel both urgent and impossible.

These are also the very same questions in the lives of the 50 migrants who arrived, unexpectedly, in Martha’s Vineyard last week by way of a plane secretly chartered by Florida Gov. Ron DeSantis. And while we — the Venezuelans and Colombians on the airplane and me — share a common humanity, those questions are not weighted the same for us.

I have the luxury of contemplating those questions as someone who has already realized her rights to health, safe and secure shelter, food, education, and access to recourse if those rights are ever infringed upon. The migrants on last Wednesday’s plane have had no such luxury. They asked themselves those same questions, knowing that if they did not answer them soon — and make the heartbreaking and terrifying decision to leave their home countries — they were putting their and their families' lives at risk.

So they left. They left environments of extreme violence, financial insecurity and hunger. But they also left behind loved ones and beloved countries. They traveled — often by foot — across multiple countries, experiencing more hunger and dehydration, along with theft and injury and witnessing casualties of family members and fellow travelers, until they reached the U.S.

In my work, I think a lot about how the U.S. cares for relief-seeking immigrant children in its custody. These are children who have arrived in the U.S. as part of a family or alone and thus considered “unaccompanied.” How do we view these children, their childhood and our role and responsibilities in their lives? Harvard’s Edmond and Lily Safra Center for Ethics — where I am spending the year examining these questions — defines a social compact as a “shared understanding of what members of societies believe they owe to each other.” Given the divergent views of how  we — globally — should proceed with respect to public health, immigration, education, justice, the environment and many other issues, the center has asked “is it time for a new social compact?”

In short, I would say “yes.” But I am still working on a coherent and detailed answer. The late Paul Farmer said, “The idea that some lives matter less is the root of all that’s wrong with the world.” It is clear that DeSantis and Texas Gov. Greg Abbott, who has been busing migrants from Texas to cities with Democratic mayors, firmly believe that some lives matter less, specifically the lives of those who are exercising their right to seek asylum in our country. A new and just social compact must be grounded on the assumption that all lives matter equally.

At a minimum, we owe each other recognition of our common humanity. Recognizing the humanity of people who have left their homes in search of the rights they and their children deserve should not be hard. Helping those persons achieve those rights is harder. It requires us not only to proactively create systems and solutions to enable and protect those rights, but it also requires us to seek the assistance of others when our system is overwhelmed.

DeSantis did not seek assistance. He did not reach out to Massachusetts and ask for help. Instead, he went out of his way to act deceitfully, tricking vulnerable people into traveling to a place where there is no work, little shelter and no immigration courts or services to help process their asylum claims. In the words of immigration attorney Rachel Self, “Ensuring that no help awaited the migrants at all was the entire point.” Worse, DeSantis and the individuals his office enlisted to enact this plan, went out of their way to mislead the migrants with incorrect information about how the U.S. immigration system works almost ensuring that the migrants would trip up and be deported on technicalities that were laid as traps. 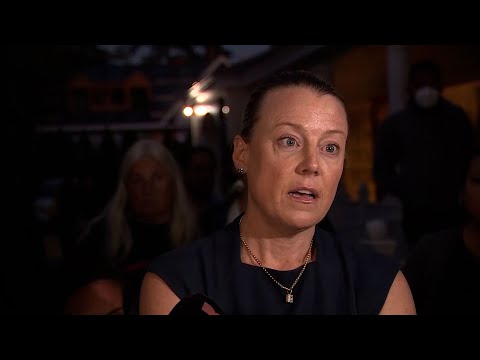 Despite all of this, despite not knowing that this plane was arriving, the people of Martha’s Vineyard instantly jumped into action to provide shelter, food, clothing and other basic needs for their new neighbors. They took an immediate and complex problem, assessed their resources, did what they could, and then asked for help. The systems in place in our Southern states to care for arriving migrants are certainly overwhelmed. But rather than asking for help, or trying to find a collaborative system with other less-overstretched states, DeSantis and Abbott have repeatedly ignored the fact that these are human beings’ lives they are playing with and instead treated them as political pawns.

I believe the world is filled with good, kind, and generous people, and this was on full display in Martha’s Vineyard last week. The lives of the migrants who arrived in Massachusetts last week matter. They matter as much as mine, yours, DeSantis’s and Abbott’s. If we are going to make progress as a country, we need a new social compact — one that starts with recognition of our common humanity. We need to believe that people are good. And we need to help each other help each other.