Despite the promise installed on the Statue of Liberty, Ken Burns’ new documentary series, "The U.S. and the Holocaust" shows us that, “exclusion of people, and shutting them out, has been as American as apple pie,” to quote historian Peter Hayes.

But as I watched from my Boston home, I thought about Australia, where I was born to a Holocaust survivor. "White Australia" policies, in place from 1901 to the 1970s, aimed to perpetuate a British national character and involved strict immigration quotas that mimicked America’s — discriminating against groups considered racially and ethnically undesirable. 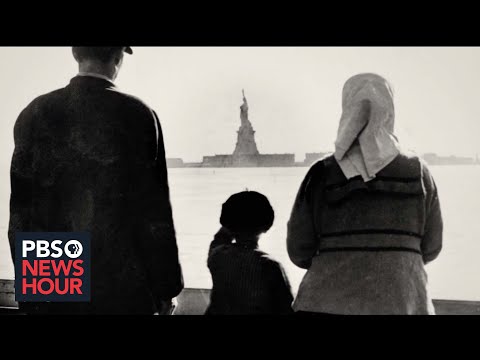 Fear of refugees and immigrants in the 1930s was — and remains — globally endemic. Nearly all nations were unwilling to challenge the xenophobia, antisemitism and white supremacy at home. Shutting out Jewish people and non-British “aliens,” was as Australian as Vegemite.

At the Evian Conference in July 1938, convened to discuss Europe’s refugee problem, Australia’s delegate famously said, “as we have no real racial problem we are not desirous of importing one.” He said this while Aboriginal people were not allowed to vote and government authorities were removing their children to “protect" and assimilate them into white society, a practice that would continue for another 30 years.

Had people noticed a single starving child on the sidewalk crying for her mother — instead of being told about an anonymous mass of "those people" and "reffos," as refugees were derogatorily referred to in Australia — perhaps more countries around the world would have welcomed refugees. (This problem persists today: Remember, it took a photo of 3-year-old Aylan Kurdi lying lifeless on a beach to wake the world up to the Syrian refugee crisis.)

After the Evian Conference, Australian attitudes shifted, if only for a moment. Some newspapers advocated for an “excellent type" of Jew who would bring in new skills, a “people” who could make a positive contribution. Australia then allocated 12,000 visas over three years. My grandfather’s two sisters were able to flee anti-semitic violence and anti-Jewish race laws in Poland and Hungary. They set sail for Australia in 1939.

Their brother, my grandfather, Mietek, had applied for Australian visas with his wife, too, given U.S. visas for Jewish Poles were close to impossible to get. Mietek, who was a lawyer in Poland, wrote to his sister, a famous concert violinist who’d played regularly on Polish and BBC radio. As a “refugee alien” in Australia she was allowed only to perform on radio and denied a position in the Sydney and Melbourne Symphony Orchestras. “Too bad we don’t have a big enough radio to hear your violin concert today,” Mietek joked with his sister, before begging her to contact people who could help him.

Decades later, Australia recognized my great aunt, Stella Nemet, as a valued musical citizen and awarded her a medal from the Queen.

Australia ultimately accepted the second highest number of Holocaust survivors, proportional to its population, after Israel. But they did not grant Mietek asylum when he first applied for it, in late 1939. He was left behind in occupied Poland, where he endured three Nazi concentration camps. In 1945, fear and prejudice were reignited and Australia tightened Jewish quotas again. My grandfather and his family, including my mother, eventually did set sail for Australia in 1948, but their application papers had stated “protestant” to increased the chances they’d be accepted.

Before any of that happened, however, America rescued him.

When the U.S. Army liberated Dachau, Army personnel and American filmmakers looked past the numbers sewed on Mietek's striped uniform labeling him a subhuman slave. For the first time in years, people addressed him by his name. But it was only after the U.S. Army hired him to help with the Dachau and Nuremberg trials, that America offered Mietek a visa. Had he been offered one earlier he would have escaped the Nazis and I would likely speak with an American accent instead of Australian. And spread peanut butter on my toast instead of Vegemite.

To reinvent herself after the Nazis murdered her family, Mietek’s wife, my grandmother, changed her name to Alice. She did not choose to be defined by the green numbers tattooed on her arm. When a doctor in Germany had offered to remove them, she refused. If, while she was enduring atrocities inflicted on her by fellow human beings in Auschwitz and Ravensbrück so horrible she couldn’t herself believe it, how would she explain it to others? The numbers enabled her to communicate what she would never be able to fully describe. So, when a few Australians noticed the numbers and asked if she’d been in a camp, she answered "yes." When silence followed, the tattoo was her only witness.

The 1.1 million murdered in Auschwitz is too large a number to grasp. “A single death is a tragedy, a million deaths is a statistic,” Joseph Stalin reputedly said.

But if I told you Alice traded her wedding ring in Auschwitz for a scrap of bread to stave off starvation, this might move you. If I told you that decades later, she would squat with me on rocks by the sea and peer into pools searching for starfish, the pop-pop-pop of amber seaweed bursting under our toes, you might see her as Alice, not a nameless refugee.

Ken Burns’ documentary reaffirmed my responsibility to humanize the incomprehensible number of 6 million murdered. To tell stories about their lives that remind us to look all refugees fleeing violence and war in the eye. To ask, metaphorically, “What is your name?” And then, listen.