This week on Freak Out And Carry On, Ron Suskind and Heather Cox Richardson talk with Katrina vandel Heuvel, editor and publisher of The Nation. They discuss the rising new progressive movement in America, resisting President Trump and the day that changed Theodore Roosevelt's life in 1884. 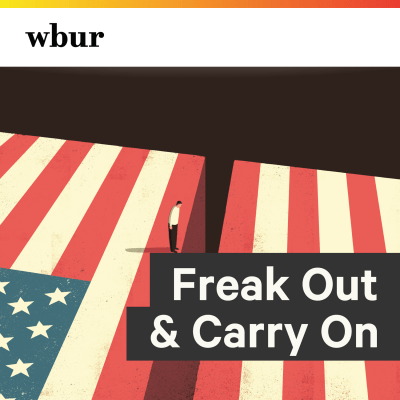 Ron Suskind: I think it's safe to say that a year into the Trump presidency there is a lot of momentum and enthusiasm in opposing Donald Trump. There's no doubt that's the core of this activist energy. But this week we want to look at the more specific identity of that big, unwieldy group--the Democrats, the protesters, the activists. Because they aren't just against Trump. They have specific political goals, a profile if you will, as to what they're for. More and more, without a doubt, there are what you would call "progressive". And that may seem like a given, but it's actually not. It really is a change. I guess the question is why now? Why now is maybe nearly half the country beginning to turn more and more toward the left, more than it has in decades. You know progressive politics, in a way, are not something we saw in mainstream politics in the 1980s, the 1990s, or the early 2000s. So why now?

Heather Cox Richardson: Isn't it fascinating? I'm always interested in the why now.  What creates change and why? And my overarching sense of progressivism, in this moment, is what we're seeing is a popular uprising of women and minorities against a government that doesn't represent the majority of Americans. So if you think about the GOP has run for a long way without a popular majority by controlling the national narrative and by manipulating the system. But they are now so far out of touch with most Americans that people are pushing back and this is not the first time this has happened in America. To me, I look at this and it looks very much the way America looked in the 1890s and it's going to be fascinating to see if it plays out the same way.

Katrina vanden Heuvel: So what I love is we all saw or participated in the women's march. And marching is important but women are running for office. I read the other day that 49 women are either running or planning to run for the Senate, some 390 for the House and 80 for governorships. The vast majority are democrats, breaking all records. It's also the issues that have come to the forefront. You mentioned Iraq but around the economic crisis you have the 15 dollar minimum wage. People used to think that was Utopian. They are raising the issue of getting money out of our politics and ending this rigged system which favors lobbyists and big banks over ordinary, working people. I think what's taken a real hit is the feeling that the establishment, whether liberal or conservative, has failed people, has not listened to people, has not been where they are, has not felt their pain, has been too distant, has been too technocratic. And I think that's driving a lot of our politics. It's not fully clear where it heads but I do hope that there's more understanding that there's not just a Trump reactionary ethno-nationalist populism but there's also what Bernie Sanders put up in 2016, a kind of more inclusive solidarity, progressive populism that demands attention especially among younger people.

Heather Cox Richardson: So that begs the question though, Katrina, and that is the system has been rigged for a while. So why now is the moment that people are stepping up and organizing? Where do you think this started and what do you think sparked it?

Katrina vanden Heuvel: I do think Iraq, the financial crisis, growing inequality have all taken us now to a place where movements are rising to deal with problems of a system which isn't working for millions of people. Now it's more hopeful when you see women for example in the streets, marching and now running for office. But  the Black Lives Matter movement preceded Trump and it had to do with what was not being recognized enough by those in political power. I think transformative change in this country's history has come about from social movements. Maybe I feel that because the abolitionists founded the nation but I think that's partly where we are.

Ron Suskind: Bill Clinton was not considered a progressive. In a way he was a response to some of the slaughters, electorally:Walter Mondale, Mike Dukakis in the 1980s. Then Clinton says, "I got a third way. We're going to cut the loaf in half and do some sort of middle ground, third way solutions that will take the best of both." And I think that that if I read you right and if I read the times right, is that definition of the wide middle or the middle that can be seized is really vanishing now.

The views and opinions expressed in this podcast are solely those of the participants and do not in any way reflect the views of WBUR management or its employees.