The new film "August: Osage County" has generated a lot of buzz for the wealth of talent in the cast. The film centers around the cancer-ridden, drug-addled matriarch Violet, played by Meryl Streep, who gathers her family at the Oklahoma homestead after her husband commits suicide. Family clashes ensue, most violently between Violet and her daughter Barbara, but everyone gets caught up in the crossfire.

Academy Award-winning actor Chris Cooper plays Violet's brother-in-law Charlie, a role that was particularly close to home for him.

"This particular role of Uncle Charlie seemed in so many respects so close to me," Cooper tells Here & Now's Robin Young. "I grew up four hours from where we shot the film. I know the land. I know those people, the farmers and the ranchers."

He also understands Charlie's deep love for his son Little Charlie because of his relationship to his own son, Jesse, who had cerebral palsy and died in 2005.

"That idea of unconditional love for your son was right at my fingertips," Cooper says. "I thought enough time had passed where I felt allowed to dwell on that aspect of a father-son relationship." 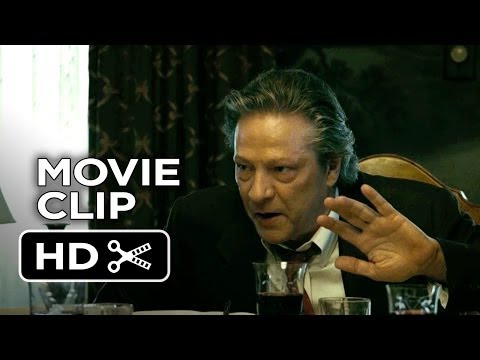