Madison Stewart is a woman on a mission — to save sharks. The 20-year-old Australian has been diving with them ever since she was a child.

"Nothing is more peaceful to me than being in the water with them. I spent more time of my childhood with them than I did with people," she told Here & Now's Meghna Chakrabarti.

But even within her lifetime, she's been noticing how their numbers have dropped, which endangers not only them, but the ecosystems they inhabit. Since sharks are apex predators, at the top of the food chain, sharks help keep smaller predators in check.

Stewart's efforts have been documented in the new film "Shark Girl," which premieres on the Smithsonian Channel this Sunday.

On how she came to love sharks

"I never really remember falling in love with sharks. It's just always been there. But, you know, I was introduced to all aspects of the ocean. It's just that one animal that I fell in love with, and I guess one of the cool things is that people are scared of them, you know? They implant that fear into people that no other animal can do."

On what swimming with sharks is like for her

"It feels like being a superhero. It's more normal to me than anything else, you know? You know, I only learned to ride a push bike two years ago because, my dad never let me have one as a kid, because apparently it was too dangerous to ride a bike on the road. So, you know, stuff like that is abnormal to me, but swimming with sharks — it's like playing with your puppy dog. I mean, even there's a scene in the film where I'm feeding sharks and everyone's, like, dramatic about the scene where a shark accidentally bites my hand, and I've got chain-mail on. But that's what happens when you're playing tug-of-war with your dog and your dog accidentally bites your hand."

On what she wants people to know about sharks 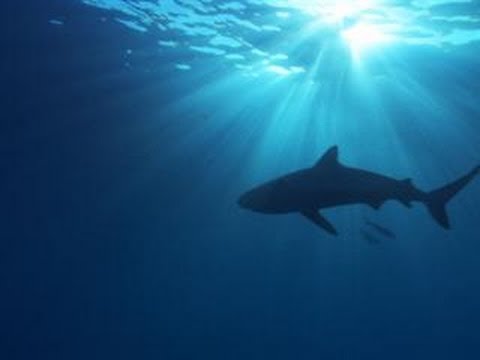 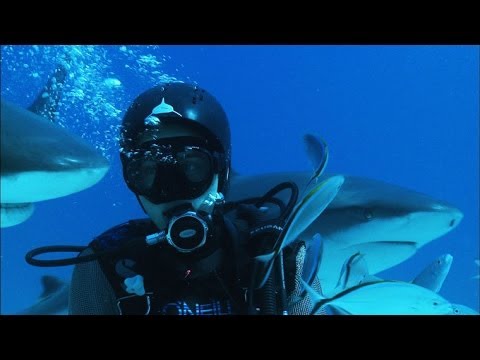