It’s hard to imagine an upside to the opioid overdose crisis in the United States. But some families are saying they’ve found one.

Here & Now's Robin Young discusses the issue with Alexandra Glazier, president of the New England Organ Bank and Eileen Grugan, a Philadelphia mother whose son donated organs after dying of overdose in 2011.

On why Charles decided to become an organ donor

"I’d like to say I think when Charles probably checked that box off that day, it was probably just a, oh, this is the type of person I am. So let me just check this off, it’s the right thing to do. Never in a million years knowing that this is what he would be called to do. And he was."

On how the organ donation process works

"We did that day in the hospital when they came to us and they took us into a room. It was two doctors and I believe someone from Gift of Life may have been there on the sidelines. And at that point they asked us if we had any thoughts on organ donation. And at that time, when we got the news that he wasn’t going to recover, I believe we were all in a state of shock. And I believe, when that person, when that doctor, asked if we had thought of donation, it was like a hand of God had reached right through and grabbed us. My husband and myself and my daughters said at the same exact time, absolutely."

"When that person, when that doctor, asked if we had thought of donation, it was like a hand of God had reached right through and grabbed us."

On how Charles' addition affected him

"Charles’ disease of addiction had taken him to so many dark, dark places. Charles tried many many times for recovery and did everything in his power, but as my older daughter likes to say, the disease of addiction was just bigger than he was... He had often said he thought he was capable of wonderful things. But the disease pretty much didn’t allow him to do all the things he was capable of doing. I often say he had such a sad story with such a happy ending.”

On reasons to become an organ donor

“We were pretty much like probably a lot of people thinking oh my gosh, would this be the wonderful, miracle or silver lining, that would allow Charles to do everything he wanted to do? He had been clean for fourteen months at the time. And when they walked into the room they said that everything was in pristine condition, and that he had a blood type that actually could be crossed with other blood types. So the expansion was even more people he could help.”

On where Charles’ organs went

“They went to three men, I have reached out to each of them. We’ve corresponded back and forth a little bit. As the Gift of Life group can explain, we only know their first names we don’t know where they live. They do not know anything really about us. I reached out to one of the gentlemen who received Charles’ kidneys and told him we would feel privileged to meet him, and he would say he’d like to do that.” 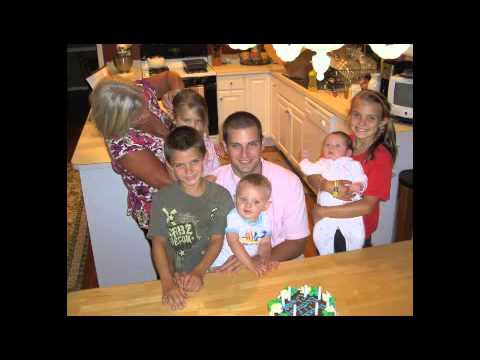