Can a cooking show succeed on Broadway?

It's certainly more likely to when the show was written by and stars the man who re-invented the Food Network with its longest-running show, "Good Eats," and its wackiest game show, "Cutthroat Kitchen." He's also hosted "Iron Chef America," and that's before figuring in his award-winning cookbooks.

The man, of course, is Alton Brown (@altonbrown), whose new show "Alton Brown Live: Eat Your Science" hits the Barrymore Theatre on Tuesday.

Here & Now's Robin Young caught up with the Peabody- and James Beard Award-winner in Times Square, next door to the theater, about the show, his newly released cookbook — "Alton Brown: EveryDayCook" — and his life in food.

Here's a preview of the show: 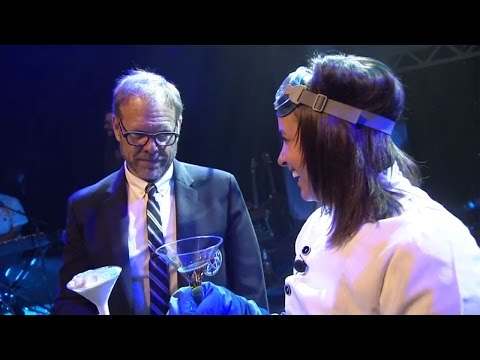 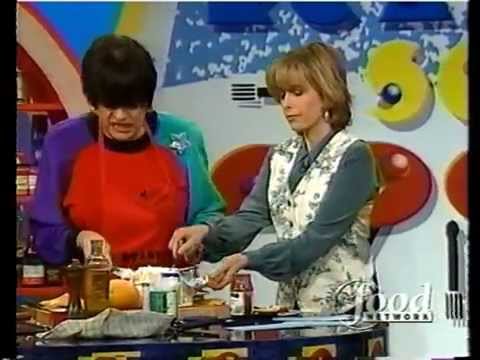 On the vision and inspiration for his television shows

"Back when I started my show, 'Good Eats,' when I first wrote, kind of, the memo to myself about that show, I wrote three names down. I wrote down Mr. Wizard, Julia Child, Monty Python. And I was like, 'If I can put those three things together, I'll have something,' and I think I'm still just riding that. I have not wavered from that one little post-it note."

On his Broadway show

"One of my things is I always wanted to reinvent or kind of push the boundaries or find the edges of the map when it comes to culinary entertainment. And a couple of years ago I'd been doing a lot of live demos and I always really enjoyed live audiences, I was a theater major. The more I did the more I was like, 'I'd really like to do a larger show.' You can't do that as a one-off because it's too expensive, and so that's when I started thinking nobody's ever done a culinary variety show."

On the power of food

"I will say that I think that food is a very deep, rich reservoir of material, and in this day and age where we are separated by so much from each other, we're unified by food. Everybody wants to enjoy food in a group environment. And so, what's a theater? Well it's a group environment. So I don't think it's a big stretch, when you really understand that food is a connective tissue that brings people together, you can kind of do anything."