Showtime’s "Homeland" is wrapping up its sixth season, and the parallels between the show and real life have never been clearer. Actor Mandy Patinkin plays the character of Saul Berenson, the mentor and father figure to the show’s lead Carrie Mathison, played by Clare Danes.

In his time away from the show, Patinkin (@PatinkinMandy) has thrown his energy into the ongoing refugee crisis in Greece. He also voices the character of Papa Smurf in "Smurfs: The Lost Village," in theaters Friday. Here & Now's Jeremy Hobson talks with Patinkin.

On keeping "Homeland" close to the news

"Well the sock puppets and bots, in terms of the dark web, was already on the slate to happen. Certainly the writers went back to the drawing board when the election happened. Everyone was expecting a female president, but the fake news and also the Russian intervention into the election — which is on everyone's front page — that fed our storyline perfectly. So the writers began improvising, and I feel that the, without any disparaging to any of the brilliant actors that we have in our company, or writers or anything, that the two most interesting characters of the season for me have become fake news and the truth." 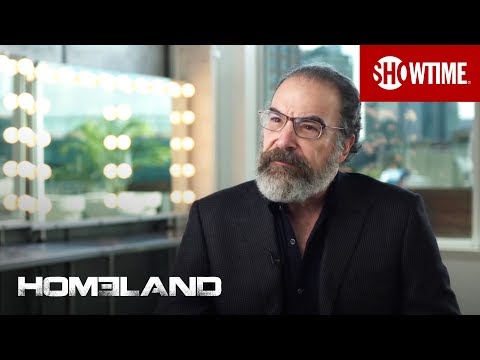 "No, I haven't been, because this system of false information and truth that has seemed to take over the focus of the show is so, what's the word, horrifyingly important to bear witness to. I have to say that it mirrors the world around us so accurately that what I do when the season is over — and you have to understand, I'm living in a fictional hell, that is the job of Saul Berenson. And I'm not complaining about it, I'm not like going, 'Oh, boo hoo, poor guy, he's in a TV series where he has to be in a fictional hell.' The real world is far more hellish for all us than any fictional representation of it.

"But where I go and where I've gone the past two years, literally the day after I've wrapped each season, is I fly immediately to the refugee crisis in Lesbos, Greece. And when you play with false information, when you don't honor the truth and facts, it is affecting people's lives deeply and desperately. When we meet these families, if you go to Greece and Serbia and the Croatian border, and you meet these beautiful children and families and extraordinary human beings who've been through such hell — bombs coming through their living rooms, blowing small children into the other room, taking the whole family in the middle of the night to the Turkish border over mountains, where the children have snow up to their necks, spending two years trying to get through a vetting process. And then what happens in this country? Since 1975, 3 million Americans have been resettled as refugees in America. Since 9/11, 900,000. And in that time, not a single terrorist incident has taken place by a refugee. So these citizens, who are truly what make America great — this is the fabric of our country, our nation, our families, my ancestors, I wouldn't be talking to you if the United States of America didn't open its welcome arms to my grandparents. These are the safest citizens in our country. I beg, I beg everyone to pay attention to those truths."

"When you play with false information, when you don't honor the truth and facts, it is affecting people's lives deeply and desperately."

"Well it actually didn't do very well when first came out, the movie. It became a college cult film, and then those kids had kids, and their kids had kids, and that's how it's become the movie of this moment. It's been a joy, I can't believe when anybody plays me a clip or comes up to me and says, 'Are you the guy? Would you say the line for me?' And it thrills me to no end.

"It's fascinating though how it creeps into every aspect of our life. Ted Cruz when he was running for president was a huge 'Princess Bride' fan. He would quote the lines, and you know, trying to win families and everything. And the New York Times called me up one day and said, 'Are you aware of this, that he's quoting all of you, and using your movie to essentially become elected president?' And I was very well aware of it, and I made a plea to Senator Cruz to consider what I consider the most brilliant line that William Goldman wrote for the movie — Inigo standing at the doorway after the princess has jumped into the arms of Andre the Giant, Fezzik, and the Man in Black has offered him a job, and Inigo says, 'You know, I have been in the revenge business so long, now that it's over, I do not know what to do with the rest of my life.' And with Mr. Cruz and others suggesting carpet-bombing all kinds of individuals in different places of the world, I ask them to consider other options than revenge. Because, when we resort to that, as opposed to finding ways to live together with our uncomfortableness, the discomfort that we have — whether it's the way you pray or eat — we have differences, and we can learn to live with those differences. And when even nation states try to fix those differences by killing our fellow human beings, then we lose everything. And so I think William Goldman gave us a great lesson, of asking us to consider what to do after revenge is no longer an option." 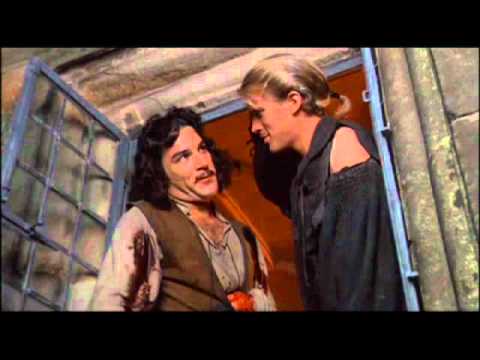