The Academy Award winner stars as Jeronicus Jangle, a genius toymaker who rediscovers his love for the craft after his assistant steals his inventions and his family falls apart. Whitaker says he felt drawn to writer and director David Talbert’s passion for the story.

“Honestly, it was an opportunity to do a project that really had a lot of depth. And it was exploring falling down, losing everything,” he says. “And then through recovering your family and yourself, being able to live again, to find joy again, to make people believe in joy again.” 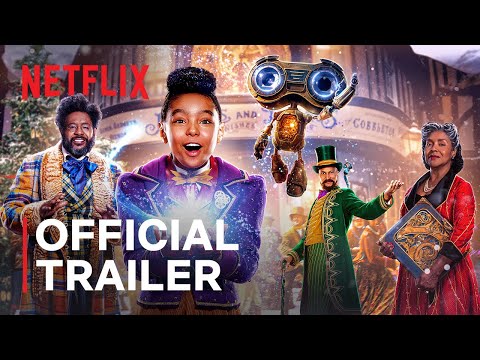 Getting a chance to sing made the film even more enticing to Whitaker. In college, he studied classical voice and performed in a chamber music group.

Whitaker initially feared his singing talent wouldn’t come back after so long, but Talbert reassured him. As Whitaker continued working on the songs, his joy and confidence rose. He even sang some of the songs in the musical live.

His character is a brilliant toymaker who can no longer invent after his heart is broken, his assistant steals his work and his beloved wife dies. He begins to rediscover his love for invention when his granddaughter comes to visit. His granddaughter loves inventing too, and Jangle tells her not to fear her imagination.

For kids watching while stuck at home during the pandemic, the film sends the message that joy and magic will return. “Jingle Jangle” comes at a time when people need something to help them move forward after a hard year of the pandemic and social unrest, Whitaker says.

“Kids need to be able to believe that that's possible. We all do, actually, need to know and understand that the miraculous can happen,” he says. “Each day is a movement toward us being able to find that joy and freedom again, our lives back again.”

With time and patience, even Jeronicus Jangle reclaims his joy after a lifetime of loss, Whitaker says.

Music increases people’s awareness of themselves and their feelings, he says. Humans “mark our lives at times” with music and feel its vibration in our hearts — which makes particular songs memorable, he says.

“When we hear it again, that song again, we experience and reexperience what we've seen before,” he says. “Music has the power to really delve deeply into the soul and allow us to see ourselves in a purer sense.”

Writer-director David Talbert has talked about the need to tell stories that represent the way the world looks that his son could watch. Whitaker says it’s important for people of color to see themselves on screen and “be part of this tapestry that makes humanity.”

“I think it's important for us to let diversity engage us and allow us to see the fullness of ourselves,” he says. “And [the film is] going to make some little kids proud of who they are and other little kids just joyous in the experience.”