Editor's note: This story was rebroadcast on May 31, 2021. Find that audio here.

When Marvin Gaye's record "What's Going On" came out in 1971, unemployment was at a high of 6%, people were protesting police brutality, and Americans were angry over the Vietnam War.

"What's Going On" reflected those times with laser-sharp precision, and it's gone on to become Motown's biggest commercial success. And 50 years later, the themes of the album still reflect some of the most significant challenges and divisions we face as a society.

But many people may be surprised to learn that this pivotal album almost never existed. Motown founder Berry Gordy was afraid it would ruin Gaye’s career.

“Motown was not a company that was built on any kind of personal statements,” says Nelson George, a music journalist, author and cultural critic who interviewed Gaye during the singer-songwriter’s lifetime.

By the 1970s, Motown Records was known for its “superb production line,” which included the studio band, The Funk Brothers, George says. The record company aimed to make pop music that captured “the sound of young America.”

“That kind of political, social, personal work was not a signature of the company,” George says.

During a tour stop in Berkeley, California, Renaldo “Obie” Benson of Motown giant the Four Tops was inspired to write “What’s Going On” after witnessing a scuffle between police and demonstrators at an anti-Vietnam War protest.

When Benson brought the song to him, Gaye was reluctant to record it. At this point in his career, Gaye was famous for his pop duets and love ballads, such as “Ain't No Mountain High Enough” with Tammi Terrell and “I Heard It Through the Grapevine.” 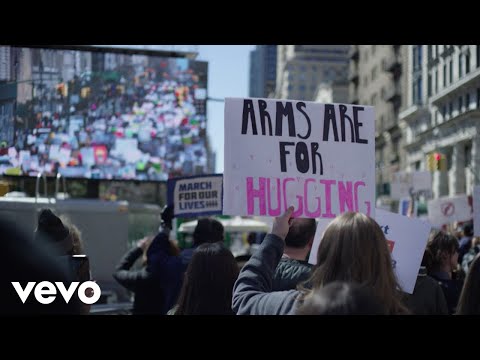 Gaye thought the song was better suited for a band called The Originals, but he agreed to record it himself after Benson allowed him to rewrite some parts of it. One of the most notable changes Gaye made was in the final version of the song, there was no question mark in the title.

The song illustrates the challenges in society during the 1960s — “spirituality, brotherhood, the oneness of man” — and speaks to what Gaye thinks are solutions, George explains.

When “What’s Going On” came out in January of 1971, it was an instant hit, and Gordy insisted Gaye record an entire album to back up the single. In the five decades since the song was released, “What’s Going On” has been used throughout the world in demonstrations against totalitarian regimes, as a call for peace in the Middle East and during recent Black Lives Matter protests.

“Ultimately, the world came back to this album, and I think that's one of the things that happened in the last few years with all the turmoil over race relations, the entire chaos and the fragmentation,” George says. “These are all ideas and conversations we're having right now in 2021 that Marvin was having, and so the themes of the album have proved to be enduring.”

Gaye Captured A ‘Sense Of Confusion And Sadness’

The second song on the album, “What's Happening Brother” was written for Gaye's brother, Frankie, who had just returned from a tour in Vietnam and was struggling to find a job.

In 1971, the American people were learning through the Pentagon Papers how the U.S. government had basically lied to them about the Vietnam War. This song spoke exactly to the sentiment of hundreds of thousands of Americans impacted by loved ones serving in the war.

George says when he listens to this song in particular, he doesn’t just hear it, he sees it. As a child growing up in New York City, George remembers all of the men returning from the war who would wear Army jackets. He says “What’s Happening Brother” reflects the “sense of confusion and sadness” that many Vietnam veterans felt when they returned home.

“You had this return of all these brothers who had been in the war, and they weren't celebrated,” George says. “There was a lot of protest about the war, so it wasn't like the World War II people where everyone was patting them on the back. So [there was] that sense of displacement, disillusionment, the feeling of being used by the government as cannon fodder.”

“Mercy Mercy Me (The Ecology),” another popular song from the album, is a direct truth-telling about how we impact our environment. The song rose to No. 4 on the Billboard pop singles chart and even had a rare appearance for Gaye on the adult contemporary charts.

The sound of that song has an “inherent spiritual dimension” that embraces many traditions from European and Black churches, George says. The percussion on this song — and the album as a whole — also plays a huge role in how the record flows.

“So by layering in organically so many different kinds of music, you create an environment that is very distinctive,” he says. “This album really changed Marvin's career.”

‘A Beautiful Piece Of Art’

In the following years after the album was released, Gaye struggled with depression and drug abuse, surviving a suicide attempt in 1979. When George interviewed him in March of 1983, Gaye was a visibly broken man.

He was coming back to the U.S. from his self-imposed exile in Europe, and he was on a comeback with his song, “Sexual Healing.” But Gaye was also “confronting his old demons” and “fraught family relations,” George says. There was a sense of melancholy that permeated throughout that entire interview.

“When I sat with him, I asked him about 'What's Going On' and whether or not the time called for another album like that, and he was very reluctant to sort of embrace that idea,” he says. “He said it took a lot of soul searching, a lot of meditation ... whatever space that had created 'What's Going On' had passed for him. He had moved away from the social commentary that 'What's Going On' represented. And I think it's because he spiritually didn't feel connected both to the U.S. in the same way and even to some parts of his own muse.”

A year after that interview, Gaye was shot and killed by his father. He was 44 years old.

Reflecting back on Gaye’s seminal work 50 years later, George says “What’s Going On” is a “beautiful piece of art.” The final song on the album, “Inner City Blues (Make Me Wanna Holler),” still haunts him to this day.

“You could put that music over any city scene in any urban center in the last 50 years and that music would work,” he says. “The descriptions in it, the atmosphere of the record, his vocal stylings, it would still feel like he's describing right now.”

Samantha Raphelson produced and edited this interview for broadcast with Todd Mundt. Raphelson also adapted it for the web.