When it opened 1988, the museum devoted the Orchard Street tenement building to recreating the immigrant experience by exploring the lives of the immigrant families who lived in the five-storey, 22-apartment building in the 19th and 20 centuries. Because no Black families lived at 97 Orchard St., the area's Black community was not a major focus — until now.

Last spring, the Tenement Museum added the Reclaiming Black Spaces walking tour, visiting important Lower East Side Black historical sites. And in 2022, the museum will open its first apartment recreating the home of a Black family who lived nearby.

That family was 'discovered' while historians researched another family of the same name, who did live there. The two Joseph Moores — one Black, one Irish — shared the same name, the same occupation and were roughly the same age. That's something museum historians realized had to be explored to understand the intersection of immigration, race and the New York experience.

Host Robin Young visited the museum to find out more. 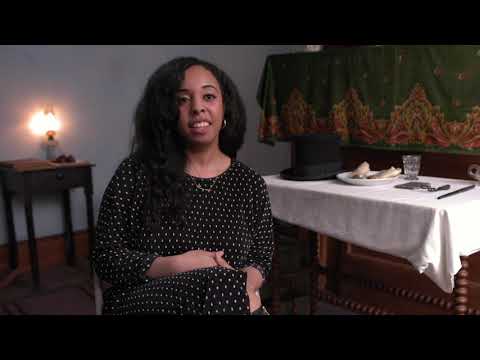