A renowned poet has a new album out Friday titled “The Gospel According To Nikki Giovanni.”

In addition to publishing dozens of poetry works, Nikki Giovanni has recorded several spoken word albums over the course of 50 years. But this time, she’s doing something a little different.

The new album, a collaboration with saxophonist Javon Jackson, is a collection of gospel hymns and spirituals set to jazz. Growing up in the Baptist church, Giovanni says gospel music was instrumental to understanding herself as a poet.

“The spirituals had a message,” she says. “They weren't just some people woke up one morning or came from working in the evening and said, ‘Oh, let's sit down and sing.’ They were sharing information with each other.” 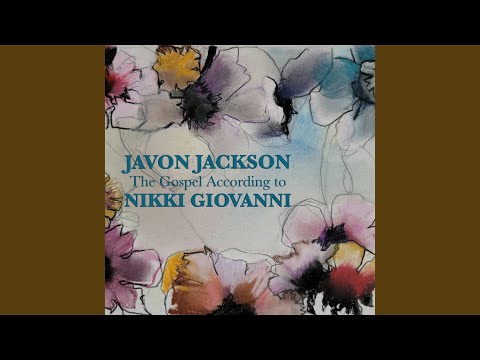 The idea for this new record was born in February 2020 after Jackson invited Giovanni to receive an honorary degree at the University of Hartford, where Jackson is a professor. Jackson asked Giovanni to pick 10 of her favorite hymns, but instead of 10 instrumentals, she had one request.

In other words, Jackson was telling Giovanni that she can do whatever she wants.

There was one particular selection that Giovanni wanted to sing. It was Nina Simone’s “Night Song,” which the late singer recorded in 1964.

Singing is not something Giovanni ever thought she’d do, but “Night Song” represents many things for her, including Simone’s decision to leave the U.S. in search of belonging after experiencing the brutality of American racism.

Jackson says the entire process of recording Giovanni was emotional for everyone involved.

“I was moved to tears and it was tears of say, appreciation and just respect because I'm with this person who has made her whole life's mission to be of service,” he says. “And she's sitting here with me being of service, trying to support a simple, humble endeavor, I hope.”

For more of the conversation with Nikki Giovanni, including her views about gender identity and faith — and why she doesn’t do social media or email — check out Tonya Mosley's podcast “Truth Be Told.”