When you see the title “M. Butterfly,” you might think it means Giacomo Puccini’s opera “Madame Butterfly.” But at the Santa Fe Opera Wednesday night, the cast of the world premiere of “M. Butterfly,” based on a Tony-winning play by David Henry Hwang, will take a final bow.

Hwang does weave “Madame Butterfly” into his work. But he was inspired to write the play by the incredible but true tale of French diplomat Bernard Boursicot. In 1983, Boursicot and his Chinese lover Shi Pei Pu were arrested and charged with espionage. During the trial it was revealed that Shi, who Boursicot long believed was a woman, was actually a man. In Hwang’s play, the diplomat is renamed Rene Gallimard and his lover, Song Liling.

Hwang wrote the libretto for the opera version of “M. Butterfly” and Chinese-American composer Huang Ruo wrote the score. When it came to casting the role of Liling, Ruo wanted a countertenor, a man who can sing in a high register, to play the role “because,” he says, “an opera like M. Butterfly is so much about East and West, so much about racial and sexual conflicts.”

For example, Hwang subverts the stereotype that “Madame Butterfly” perpetuates: The submissive Asian woman who exists only to serve the needs of a white man. Hwang uses that myth to illuminate how the West often misunderstands the East and how the misunderstanding could have led to French and American failures in Vietnam.

But Ruo also wanted to provide casting opportunities for singers who are often overlooked.

“I want to create a famous, important singing role for Asian countertenor[s]. If we don’t do it, who?” he says. “If [an] opera like ‘M. Butterfly doesn’t insist on proper casting for [an] Asian countertenor, what other chance [will there be]?”

Casting Liling seems like a big ask: You need a man who can be a convincing woman, sing both like a man, and a woman who's also Asian.

Fortunately, the Santa Fe Opera found countertenor Kangmin Justin Kim. Kim was born in South Korea, grew up in Chicago and studied music and computer science at Northwestern University. At the same time, Kim was also building a career on Youtube: “Kimchilia Bartoli,” His homage to famed soprano Cecilia Bartol, went viral in 2011 and garnered hundreds of thousands of views. 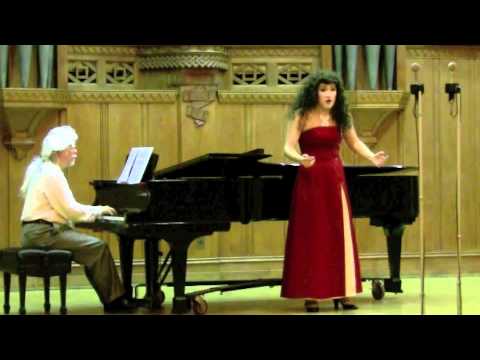 After graduating from Northwestern in 2011, Kim left the U.S. to study and perform in Europe. But the opportunity to perform in “M. Butterfly” was just too tempting to pass up.

“I have done monologues and scenes from "M. Butterfly" before, so when I heard about this project I had to drop everything and be a part of it,” Kim says. “So I worked really hard…memorized everything, and showed up at the audition with like full staging.”

At that audition, Kim performed an aria from “Madame Butterfly” as well as one of the songs from the new opera “M. Butterfly.”

“Once I heard that I was sold,” composer Ruo says. “This is my Butterfly.”

Kim has gotten some great reviews for his performance in “M. Butterfly.” The New York Times' David Allen praised his "alluring ringing tone and sensitivity as an actor."

I thought his performance was stunning. And someone I was with speculated "M. Butterfly" could be for Kim what 1951 classic "The King and I" was for the late Yul Brynner: A role he could return to for decades.

And for Ruo, more productions of "M. Butterfly" would further what he sees as the opera's mission: To inspire audiences to take a new look at an often misrepresented community.

Emiko Tamagawa produced and edited this interview for broadcast with Ciku Theuri. Tamagawa also adapted it for the web.

This article was originally published on August 22, 2022.