When Richard Rodgers and Oscar Hammerstein II’s TV film “Cinderella” debuted on ABC in 1997, millions were enraptured by the iconic performances of Whitney Houston as the fairy godmother and Brandy Norwood in the title role.

Now, 25 years later, the film remains a cultural mainstay. To commemorate the anniversary, ABC will rebroadcast the film along with a cast reunion Tuesday.

“To see a Black woman in this fairy tale story and just knowing that you as a Black girl could also live your own kind of fairy tale and fantasy, and you could have a really beautiful life and fall in love and be adored by the world, that's the message that I got as a little young girl watching this,” says Here & Now senior editor Ciku Theuri.

Others like Theuri were also enchanted to see Disney’s first Black princess on screen, long before Tiana of “The Princess and the Frog” in 2009.

“It very much was such a groundbreaking thing to see as a little Black girl when Disney had plenty of princesses, but none of them had been Black up until that point,” says Aisha Harris, co-host of Pop Culture Happy Hour.

Harris was 8 years old when the film came out and remembers watching it with her mother on VHS. The film was a huge deal back then and still is today, Harris says.

A pivotal aspect of the film is that Norwood wore braids. Houston had voluminous honey-brown curls. In the 90s, Norwood often wore her hair in braids, most notably as the lead in her sitcom “Moesha.” For “Cinderella,” producers let her wear her hair the way she liked to, which Harris says made a huge difference.

Across media, Black girls often wear their hair straightened. While Harris points out there’s nothing wrong with that, there’s something to be said for how the film’s hairstyles — intrinsically tied to Black culture — were allowed to flourish.

Houston’s role in the film, though small, is a deeply memorable performance. Also serving as executive producer, Houston’s presence loomed over the film. Houston also pushed to cast Norwood in the lead role. The duo shares an apparent connection both on and offscreen. 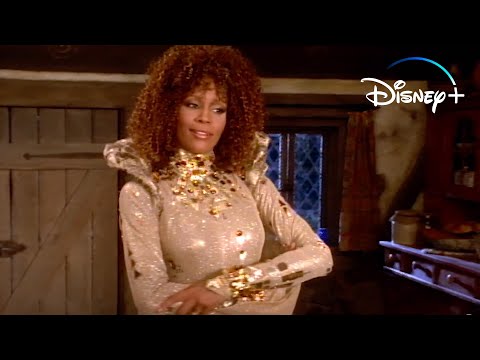 “It's just really magical to watch that and see just how gracious and generous Whitney was in allowing Brandy to shine in this role,” Harris says.

Seeing two non-white people in “Cinderella” who weren’t of the same ethnicity fall in love was a big deal, Harris says, adding that Montalban and Norwood also shared a lot of chemistry together, making it believable that they could actually fall in love in a single night.

“Just enjoy it, open mind, open heart and let the music and the performances just wash over you.”

Kalyani Saxena produced and edited this interview for broadcast with Catherine Welch. Jeannette Muhammad adapted it for the web.