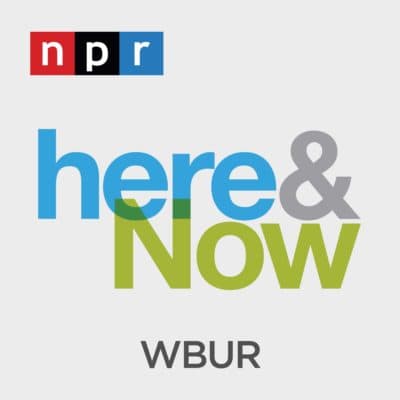 The Environmental Protection Agency was created to protect public health and the environment by regulating pollution. But during an early and often-forgotten chapter of the EPA’s history, the agency became an ideological battleground, pitting then-President Ronald Reagan’s pick for EPA administrator — Anne Gorsuch, a Washington newcomer known for her cozy relationships with businesses the EPA regulates — against her staff.

Here & Now and WBUR Podcasts bring you Captured, a five-part series about the tussle for the heart of the EPA, the political scandal that erupted from it and what it all reveals about environmental protection and ties between industry and government today.

Episode 1: Poison in the water: When the Reagan administration’s EPA met resistance from its own staff

When historic rains hit Southern California in 1978, poisonous chemicals from a toxic waste dump known as the Stringfellow Acid Pits flow into the small community of Glen Avon, igniting concerns about the risks of cancer and birth defects. By 1981, it appears that help to clean up the acid pits is on the way from the still-new EPA and Superfund program – until a major change in direction occurs in Washington.

Reagan wants a leaner government with fewer regulations and much less spending. And who does he bring in to run the EPA? A glamorous conservative politician from Colorado named Anne Gorsuch, who is skeptical of the very agency she’s been tasked to lead. She immediately starts implementing a gentler approach to the companies she’s supposed to be regulating — too gentle, according to many EPA employees. Soon there’s a hit list circulating with EPA staffers who are known for their sympathy to the environment and businesses are getting a bigger say in how the agency works. To many staffers, it smells like regulatory capture: when the agenda of a government agency becomes beholden to the interests of companies or an ideology.

Episode 2: Operation Save EPA: Why — and how — EPA staffers leaked documents during the Reagan administration

Gorsuch’s first order of business: slashing the EPA budget to fit Reagan’s idea of small government edict. Enforcement of environmental rules and regulations plummets. But a group of bureaucrats both in and outside of the agency unite to leak documents to the press. Their goal? To rally the public and put pressure on Gorsuch and the Reagan administration to keep the EPA intact. Their methods include getting journalists, Congress and even the Doonesbury comic strip to talk about the drastic cuts at the EPA. But will their plan work?

Episode 3: Rita: When the Reagan administration tapped an unlikely candidate to take care of toxic waste

The resistance’s plan seems to be working. The public and Congress are alerted to the directives amiss at the EPA. But then, the White House brings on a deputy to oversee hazardous waste at the EPA: Rita Lavelle. She’s even more committed to industry and Reagan’s small government agenda than Gorsuch. Almost immediately, a conflict of interest arises over the Stringfellow Acid Pits. And that’s just the beginning.

Congress wants documents from the EPA about the clean-up of toxic waste sites, including the Stringfellow Acid Pits in Glen Avon, California. But Gorsuch won’t hand them over. Soon she’s in the political hot seat and becomes the first Cabinet-level official to be held in contempt of Congress. And Lavelle is about to get into even more trouble, no thanks to the EPA staffers who have been keeping records, taking notes and are ready to testify.

Episode 5: Permanent capture: What a decades-old scandal at the EPA tell us about power in Washington today

Congressional hearings about the management of the EPA lead to firings, dramatic resignations, and for one person, a prison sentence. EPA staffers are making T-shirts to celebrate what they see as a victory. But after all of that, how do we ensure a system that effectively regulates industry? In the long run, did the bureaucrats and government workers who plotted and leaked documents to “save the EPA” get what they want?

Scott Tong joined Here & Now as a co-host in July 2021. Before that, he worked as a senior correspondent at Marketplace, where he reported on sustainability issues and the U.S.-China relationship. He was the China bureau chief based in Shanghai for Marketplace from 2006 until 2010. A highly-regarded public speaker and author, Tong has appeared on the PBS NewsHour, at the Aspen Ideas Festival and at TEDxFoggyBottom. He's been a guest host of the “Make Me Smart” podcast and KQED's Forum. In 2017, he published “A Village with My Name: A Family History of China's Opening to the World” — a critically-acclaimed narrative nonfiction account of China's economic opening, told through the lives of five people across five generations in his own family.

In reporting this series, we consulted the following books, including numerous Congressional reports, court records and interviews: