La Luz del Mundo — or The Light of the World — is a Christian denomination church that claims to have more than 5 million followers. But former members who’re sharing their stories in the new HBO documentary series “Unveiled” liken the organization more to a mafia or cult than a legitimate church.

The church has been at the center of a widespread, horrific sexual abuse cycle perpetuated by its leaders, according to the documentary, which premieres on Dec. 6. 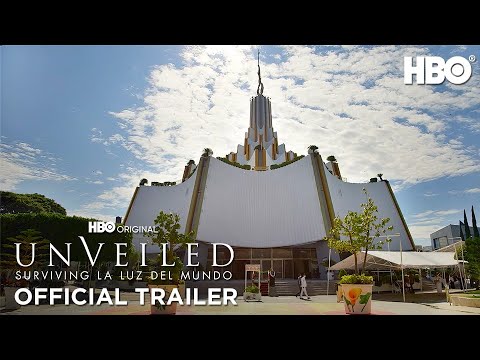 “The power that they wield is extreme,” Jennifer Tiexiera, the director of “Unveiled,” says. “The members believe that that's the direct connection to God himself.”

La Luz del Mundo operates in more than 50 countries, with churches located in all 50 U.S. states. “Unveiled” centers around one survivor, an American citizen named Sochil Martin, who was a fourth or fifth-generation church member, according to Tiexiera.

Martin was abused by both Joaquín Flores and Joaquín Garcia. As a young teen, she was chosen for special duties involving the apostle, ironically called a “blessing.” The duties start in the apostle’s home, with girls like Martin bringing him meals, cleaning and doing other housework. Then, the dances begin; they start as public dances with the apostle and progress into private dances for him. That’s when the abuse begins to really develop, Tiexiera says.

“What makes it so complicated is the multigenerational abuse that's happened in these cases. And in Sochil's case in particular, her mom was also groomed and abused and so was her aunt,” Tiexiera says. “We had women in their 60s, 50s, 40s and 20s. All of their stories were almost interchangeable.”

Victims were told that not only their eternal salvation but also that of their family members was contingent on their ability to perform these “blessings,” keeping them locked in the cycle of abuse and feeling responsible for satisfying the apostle’s asks.

Aside from sexual abuse, the church also took control of finances and real estate. It required members to give 10% of their income to the church, some of which was used to monopolize real estate surrounding churches. And in Mexico, the church’s leaders are deeply intertwined with authorities and government, resulting in little operational oversight.

Martin’s story is unfortunately far from unique; multiple survivors shared their stories and found each other on an anonymous message board on Reddit. “Unveiled” is the first time many survivors are publicly sharing their stories off-Reddit.

Many victims found the subreddit in 2019 after Joaquín Garcia’s arrest in California. Prosecutors lobbied 36 charges against him, including child pornography, human trafficking and rape. However, through legal loopholes, he was able to accept a plea offer for just 16 years in prison, which he is still serving.

But 2019 wasn’t the first time someone tried to take action against the church. When somebody came forward with abuse allegations in 1997, the apostle in question disappeared and the accuser was stabbed 69 times.

Tiexiera believes that the amount of time it’s taken for La Luz del Mundo to get widespread attention and for any of the leaders to face any type of repercussion has to do mainly with the race of most of the victims. Most of those who came forward are Latina, Spanish-speaking women.

“To say that our justice system is colorblind, I just don't believe that,” she says. “This arrest happened at the same time as the Jeffrey Epstein case, the Nexium case, a lot of its counterparts. Yet somehow, we just missed it. And I do believe it was because of the victims' nationalities.”

Looking to the future, Tiexiera hopes that “Unveiled” will embolden other survivors to come forward with their stories and ultimately form a case against the church and Joaquín Garcia.

“We're really hoping that a federal investigation happens and that the survivors do get their day in court that they so deserve,” Tiexiera says. “16 years is not enough.”

Emiko Tamagawa produced and edited this interview for broadcast with Todd Mundt. Grace Griffin adapted it for the web.