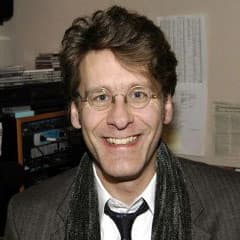 Recent Series for 90.9 WBUR and WBUR.org:

Since 1997, George served as technical director for WBUR & NPR's The Connection, Car Talk, On Point, Only A Game, and as field producer and reporter for Here & Now.  Throughout, he trained WBUR staff in broadcast production techniques, including field recording and digital audio editing. Earlier, George worked in music recording and production, audio for film/video, live sound, and sound design. He has taught audio production at the college level.