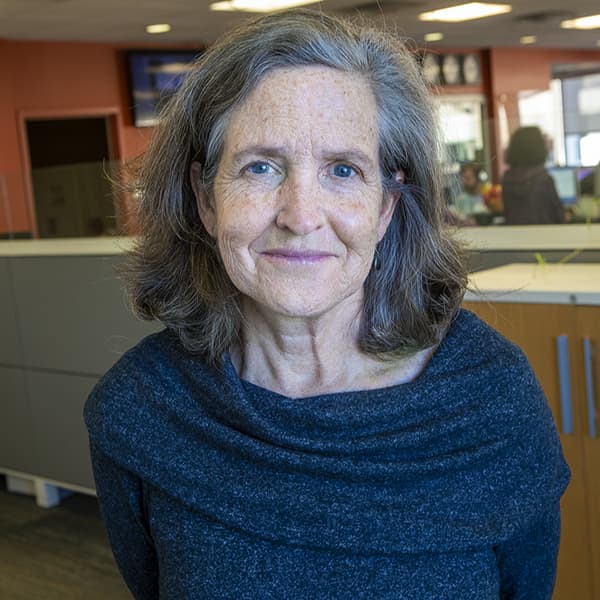 Kathleen McKenna is the former executive producer for Here & Now. She has spent more than two decades in public media. Her first experience in the business was as a "news assistant" at CBS eons ago in San Francisco. She had just arrived in town and the Democrats were holding their convention there in two weeks. CBS needed a driver and she was hired. At the end of the convention, one of the correspondents said she was the best wheel-man he had ever met.

Eventually she moved back to Boston, freelancing here and there and landing at WGBH-TV, where she went on to produce The Ten O’Clock News with Christopher Lydon. When that show was cancelled, she and her husband traveled to India and beyond. They took the long route home – taking trains from Hong Kong to Brussels. While in Kunming, China, they took their little shortwave radio and heard a radio show from Boston — produced by Monitor Radio (Christian Science Monitor). Back in Boston, she called Monitor and was hired as a producer. Not long after that, she made her way to WBUR and Here & Now.

Kathleen lives in Brookline with her husband and their son. She keeps a robust garden at Brookline’s community garden. She has been known to pull leeks in January. In her spare time, she is trying to finish a master’s degree in teaching English to speakers of other languages. She got that bug when she and her family spent a year at Nanjing Audit University in China. And she recently spent a rewarding semester as a student teacher at the Community Learning Center in Cambridge.