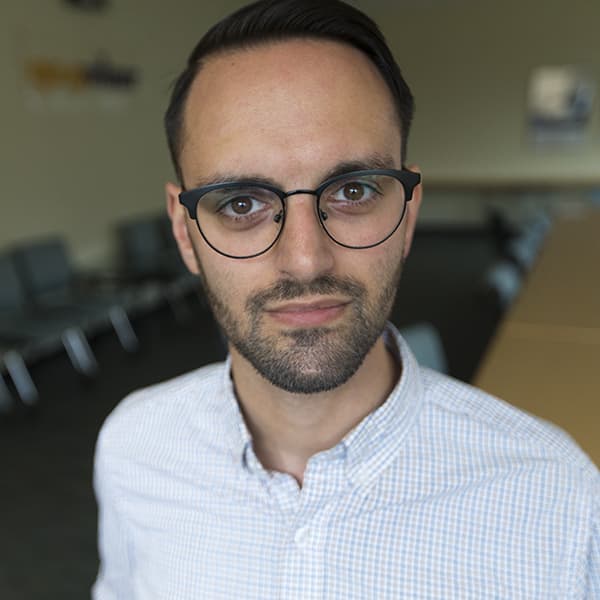 Mike Moschetto is Here & Now's senior technical director. Before joining the show full time, he spent two years as an audio "pinch hitter" for WBUR programs and production, engineering shows like Here & Now and On Point, and even the station's live remote broadcasts from the 2016 Republican and Democratic National Conventions.

Mike earned a bachelor's degree in audio production from Emerson College in Boston, where he cut his teeth in radio at WERS, a prestigious and competitive AAA music station. After graduating he returned to his hometown of North Andover, Massachusetts, where he opened The Office Recording, producing and mixing hundreds of records for artists from around the world for almost six years.

On nights and weekends, Mike continues to produce and mix records in addition to being a musician himself — with his own bands, he has performed all over the United States and much of Europe.