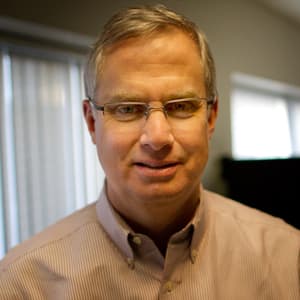 Previously he worked as consumer reporter for WPTV, the NBC television station in West Palm Beach, Florida; as anchor, reporter, producer and news director for WNNE, the NBC television station in White River Junction, Vermont; and as anchor and agriculture reporter for KCAU, the ABC television station in Sioux City, Iowa. Melville is an attorney licensed in Massachusetts and a graduate of Boston College Law School. He earned his undergraduate degree in broadcast journalism from Boston University. While an undergraduate at BU, he was an intern in the WBUR newsroom. Also as an undergraduate, he worked as a sports reporter for the Boston Herald-American. He served in the United States Peace Corps, teaching vegetable gardening to school children in a small town in the Dominican Republic. He began his career in journalism at age 16 at WNTN, the radio station in his home town of Newton, Massachusetts.